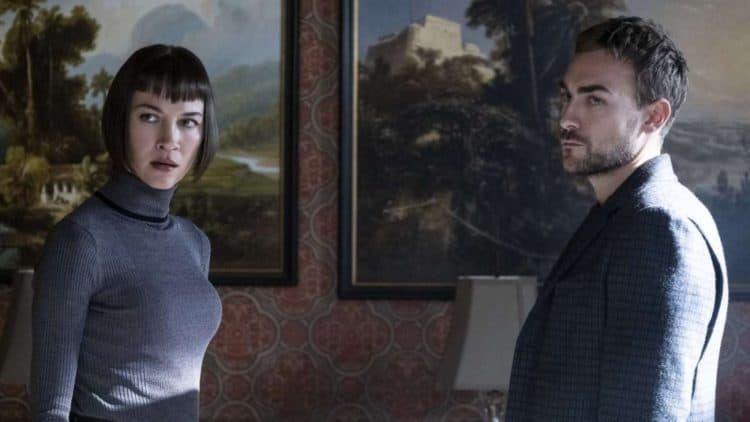 Marvel is definitely fanning out as it takes Helstrom to Hulu in an attempt to create an even grittier and dark look at the two siblings that will be hunting the supernatural while dealing with their infernal heritage all the while. From the outset, it looks more like a horror series than anything, and maybe that’s the point since the idea of two of Satan’s children seeking out monsters and the supernatural couldn’t hope to be much else. But the whole story that’s coming to Hulu isn’t really known yet, though it’s definitely in the process of being prepped for its release date in October. Plus, as you might already gather, there are going to be some changes to the script as the siblings are reported to be the children of a mysterious serial killer, a fact that will set them on their journey as the show begins. How this particular story will go is something that might be best covered by paying close attention to the Hellstrom comics that Marvel has had in their possession for a long time now. It would be a good idea to brush up on who they are in order to really gain some understanding of what’s going to be happening. Apart from that, just watching the series might be a good idea since it already looks like it might be yet another show that’s worth the effort.

It does appear that we might not have seen Helstrom if not for the persistence of those in charge since it had already been canceled as of April of this year. But while there was also supposed to be  Ghost Rider series, which has been canceled, Helstrom, which had already undergone principal photography, was already bound to be kept and continued as long as it could be. Whether it will survive the first season or not is hard to say, but like all shows it at least deserves a chance to see what might come of it and how well it might play with the fans. The only downside of course is that Marvel fans tend to be every bit as picky as any other fan base and at this point trying to please everyone has been nigh impossible, but offending or disappointing someone has been all but guaranteed. Even Avengers: Endgame wasn’t seen as perfect by everyone, and it was an epic movie on such a grand scale that stating that it was anything but brilliant is bound to be challenged by diehard fans. But the truth is that the transition from comics to the big or small screen is always going to be a rocky one no matter how well it appears it go since the changes that need to happen and the differences between the comics and the shows or movies that develop are going to be noticed.

So far Helstrom appears to take a much more realistic and dark approach to the story as it looks more like something that might be well-removed from a Marvel comic in a lot of ways. Just watching the trailer makes it feel as though we’re looking at a modern horror with a very dark look to it that will go down pathways that most Marvel comics don’t dare. One has to wonder if this is going to be a theme moving into the next phase of Marvel or if this is just an offshoot that won’t have a lot of bearing on where the MCU goes from here. What it does look like is that the supernatural will be a big, obvious factor in this series as it should be and that it’s not too likely that we’ll see any crossover since not only is the series on Hulu, but it’s unlikely that any other heroes or villains from another movie or show will be dropping in. If they do then it would be a genuine surprise, but it still doesn’t feel likely. It might be better off if we don’t really since having a Marvel show run under its own power without needing anyone else would be a good test as to whether it could stand on its own two legs or not. It’s too bad that Ghost Rider didn’t get to come back since that’s a story that can definitely stand on its own. But maybe one of these days we’ll see such a thing happen.

Until then, Helstrom is going to be something that might be enticing enough to get people to subscribe to Hulu just to watch the show and see what they think. After all, a lot of people likely subscribed to Netflix to watch the MCU shows there, at least until they were canceled. As it’s own standalone show though, it’s a big hope that Helstrom can succeed where others have not.