Home
TV News
Whatever Happened to the Cast of Burn Notice? 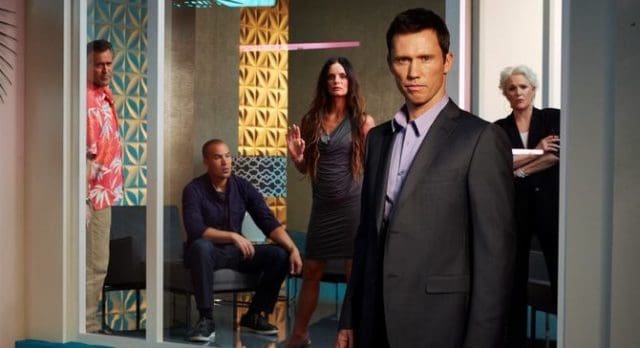 I can remember when the Burn Notice first hit television. It was a new spin on the spy genre that provided plenty of excitement and thrills. There were so many twists in the plot along the way that viewers were constantly kept on the edge of their seats. With a star-studded cast that included Jeffrey Donavan, Gabrielle Anwar, Coby Bell, Bruce Campbell and Sharon Gless, there is no doubt that the show possessed the firepower to be great. The writing for the show was nothing short of spectacular, but as with everything, all good things must come to an end.

No matter how good a television show is, it will, at some point, run its course, and so has Burn Notice. Since the show aired its series finale, many fans have been asking what is the cast up to. Did they all land on their feet, or did some of them struggle to find work?

Being a seasoned veteran in the world of acting, almost guaranteed that Jeffrey Donovan would eventually land a great role that ensured his continued success. According to sources, Donavan has landed the lead role in a new drama series for Hulu called “Shut Eye.” The show uses dark comedy to examine a thriving storefront psychic business is the Los Angeles area. The additional twist is that these psychic businesses are actually being run by a large and deadly crime syndicate.

There is no doubt that Gabrielle Anwar has proven that she is multi-talented, with remarkable range. To add even greater validity to the assessment. The television star decided to follow up her role on Burn Notice by writing a novel. It turns out that Gabrielle fell in love with Miami while shooting Burn Notice, and decided to make it her permanent home. That is not the only thing she fell in love with. She also married renown chef, Shareef Malnik.

Coby Bell is another member of the cast who has not missed one step since leaving the show. Actually, Coby left the show prior to its final show. He has been busy being a father, with two sets of twins. He was also cast in the NBC pilot “Cruel Intentions,” which is a reboot of the 1999 cult feature that starred Sarah Michelle Gellar, who will also be co-starring with Bell in the reboot.

Well, Bruce Campbell’s character, Sam, sort of expresses who Bruce is in the acting world. He always has his hands in something, and he has no problem doing the dirty work. In case you have been living under a rock, Bruce has almost single-handedly cornered the zombie, walking dead market. He has hinted that there will be even more Evil Dead characters in his future, so he has plenty of work waiting on him.

For most of us, we still associated Sharon Gless with Cagney & Lacy, but she is an accomplished actress outside of the fame she generated during the run of that television series. Believe it or not, Gless is now 70-years-old, and despite being a fifth-generation Californian, she has taken up residence in Miami. It seems that Gless is content with relaxing in her Golden years, with no acting jobs on the horizon.