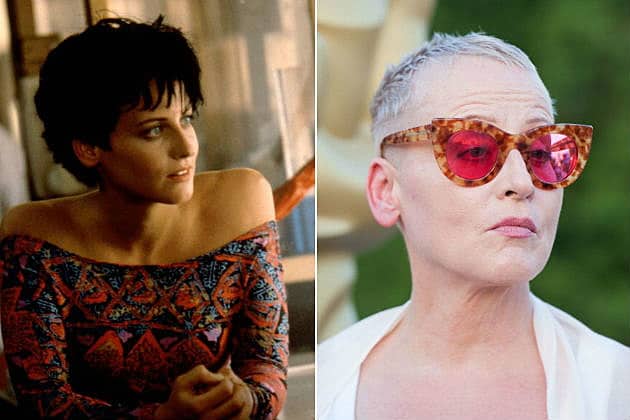 The 90s was a great time in both film and television, and any fan of the 90s can easily tell you the best actors from back then. Weâ€™re sure that Lori Petty will easily be called out a few times only because she was one of the most promising stars back then. Lori Petty was more than just a face; she was a true offbeat actress, a unique character. One day, Petty just had an impulsive desire to act, and before she knew it, she was on her way to New York to pursue her dream. And Petty did that with absolute gusto.

After taking acting classes, Petty quickly got jobs on television. She started off in the 80s doing various television shows including The Equalizer and The Twilight Zone; however, she really got noticed after acting in the TV Movie version of Bates Motel in 1987. Her first big break film was Point Break (1991), and that was easily followed by A League of Their Own (1992), Free Willy (1993), Poetic Justice (1993), and The Glass Shield (1994).

However, after Tank Girl (1995) tanked in the box office, Petty seemed to disappear completely from the Hollywood spotlight. At that point in her career, Petty had been acting for only 10 years, and it seemed that she was already done at that point. Petty claimed that she was merely taking a break; but during that time, she still guest starred in a few TV series, regularly as a matter of fact, up until 2010 when she took a 4-year break before landing a regular role in Orange Is The New Black in 2014 as Lolly Whitehill.

While she might have slowed down during that time, Petty actually did one of the best things that she couldâ€™ve ever done in her career. In 2008, she wrote the screenplay and directed a critically-acclaimed movie, The Poker House, that starred two of Hollywoodâ€™s best young actresses nowâ€”Jennifer Lawrence and Chloe Grace Moretz. This movie proved that Petty still had some drive in her to make something unique in the industry. The Poker House was largely based on Pettyâ€™s own life, and it became Pettyâ€™s best work to date.

She may no longer be the 90s quirky bombshell that we remember her mostly for, but Petty is still around and still making moves in Hollywood. After her role in Orange Is The New Black, Petty picked up a role in a 2016 movie, Dead Awake. Since then, she also picked up a few guest roles in some TV shows again. Hawaii Five-O was one of those shows. Petty also recently completed one film project called Fear, Love, and Agoraphobia, a dramedy about an agoraphobic man who has been abandoned by everyone he was relying on in his life.

Apart from that, Petty also has another film project in post-production status. There isnâ€™t a ton of information on it just yet. All we know is that itâ€™s a horror film, and itâ€™s evidence that Petty is not finished with acting just yet.