Home
Entertainment
Whatever Happened to Staci Keanan from My Two Dads? 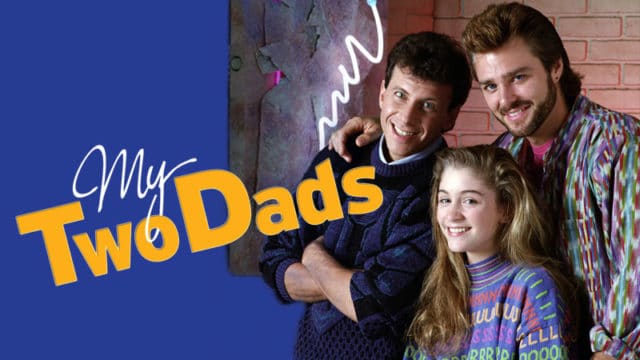 The age of entertainers in Hollywood run the gamut, from eight to 80 and beyond. And while there is no shortage of child actors, making the transition into adulthood while being able to keep the flame of passion burning is no easy task. We all know stories of child stars who either crashed and burned badly or simply fizzled out never to be heard from again. While Staci Keanan didn’t crash and burn and she did have some success as an adult actress, she has been extremely inconspicuous in since 1998. So, what has this former child phenom been up to?

While most young girls were going through those awkward years growing up trying to find themselves, Staci Keanan was making a major splash in the entertainment industry. She would then follow up her teenage glory with a good run on the show Step-by-Step. However, after Step-by-Step ended, Keanan was completely out of the spotlight for more than a decade – finally returning in 2010.

There has been a great deal of speculation as to why the actress fell off of the map. Some say that she was not actually able to shake the childhood stereotypes that often plague actors and actresses that start their careers during their childhood.

Well, the truth is that Staci, who now spells her name “Stacy,” is actually doing just fine. It turns out that her hiatus from entertainment and the spotlight was totally by choice. Patrick Duffy, who actually co-starred with her in Step-by-Step revealed that he wrote a recommendation for her to be accepted into law school, and it turns out that she was accepted into law school. She now works full time as an attorney in Los Angeles.

It is likely that the slight change in the spelling of her name is that it would appear more mature and professional on legal documents. It is not clear what type of law that Keanan is practicing, but it is obvious that she is successful enough at it that she is not actively seeking work as an actress. We should also mention that she still accepts an occasional active gig when the work and the part seem right for her. She is actually in a very good place.

We should also mention that Stacy’s last name is no longer Keanan. That is right her last name is now Birtwhistle – because she is currently married to actor and film producer Guy Birtwhistle. It is not clear if the two are planning on starting a family anytime in the near future with both of them being so busy in their on their careers, but those who are closest to the actress, who is now 36, suggest that starting a family is not out of the question.

While the entertainment industry can be ruthless in the way that it uses and disposes of talent, there are those times in which an individual is able to get in and get out pretty much unscathed. Staci Keanan, or should I say Stacy Birtwhistle, proves that a career in entertainment does not have to be a life long endeavor and that you can exit on your own terms.