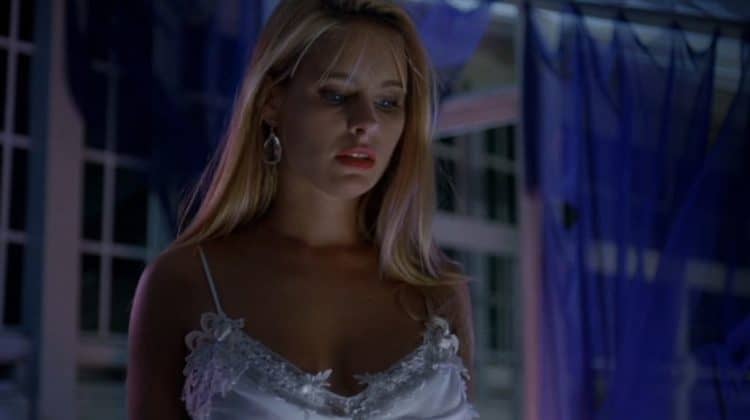 Ami Dolenz stole many hearts in the 1980s. Best know for her stints on Growing Pains and General Hospital, Dolenz was a fixture on many television sets for years. Given all of the crazy happenings in the world, people are curious to find out where she went. It is true that Dolenz has had a prolific acting career, but many would be surprised to find out the many things that she has pursued since leaving the limelight. It is also important to note how many good things that she has done away from the big screen. In fact, she recently appeared on a YouTube channel that helps entertain people in quarantine. So, it is true that in some ways that she never left the spotlight. But it is important to note all the various industries that she has been able to affect on her time away from the TV world.

The good news is that Dolenz is still around. Spending time in quarantine and trying to adjust to life in the COVID-19 era. Since she has been out of the public eye for several years, not many recognize her as the star she used to be. However, she is doing many things to give back the community. A big part of being a star is using your talents to make the world around you better. Thankfully Dolenz has embraced this role fully and is now more focused on her local community than being an actress. It is a stark contrast to who she used to be, but seeing the change is an impressive testament to adaptation. As she said in a recent interview that she was, “hanging in there like everybody else” in regards to the COVID lockdowns. However, she is still quarantining with a smile on her face.

Though this is not the only she has done since leaving her TV career. In fact, she has continued to have an interesting personal life in the meantime. She married martial artist Jerry Trimble in 2002. Living with a martial artist makes for interesting insights into mastery and the pursuit of a craft. It is true that she has learn how to cut her teeth in both the TV and business world. It is a good practice in patience and improvement to live with someone so dedicated to their craft. Both Dolenz and Trimble have used this time to reflect on how they engage with the world in spite of the recent challenges. It is important to help others as one is giving back. The couple sets a great example of the good things that can happen in lockdown. It is clear that Dolenz is not one to give in easily.

Residing and business in Vancouver

The recent interview also revealed that Dolenz had changed scenery and was living in Vancouver instead of sunny California. Interestingly enough, acting was the reason that she moved to Vancouver initially, but she enjoyed it so much that she has decided to live there full time. In the recent interview she described herself as a “landed immigrant”. It seems that she is actually a Canadian citizen at this point due to her time in the country. While acting was the initial cause for her being there, she decided that she didn’t want to part with the city as her acting career wrapped up. The focus instead went to her businesses and personal philanthropic endeavors. It is has been an interesting but welcome switch as she has become more free to pursue art and other things that she cares about.

She was so interested in art that she decided to make it a full-time professional endeavor and enrolled in Emily Carr University of Art and Design in Vancouver. It will be interesting to see how she continues to pursue art at the professional level. Though it may be a while before all of these plans come to fruition. It seems that everyone’s live is on hold for the time being. However, there are many applications for which Dolenz could use her newfound expertise. This possibly includes new designs her jewelry store BlueBell Boutique, a store that she co-founded with her mother. Art has been one of her big pursuits since leaving the acting business. This is something that she will likely continue to grow into the future. It is clear that she makes good use of her time to give the most back.

A Return to Acting?

It’s clear that Dolenz has a flair for the creative. She also recently stated that if she were to return to acting, it would be to play a character that has a certain creative flair. She recalled the time she played a genie as the kind of character she would be interested in playing. If something like that comes up, it is possible that we could see a return to acting. Though she did say that she was not actively pursuing anything, even though her husband had recently been in a new movie. So, she has left the door open to the possibility of a return in the future. This is something that all of her fans can look forward to in the future.

It’s clear that Dolenz has pursued many different things since her time as a star in the 1980s. It’s good to see that she really hasn’t gone anywhere, even if she is not in our homes on a day-to-day basis. The good news is that Dolenz is alive and kicking and doing better than ever before. It is nice to take a peak back at all the things she has done in the last several decades. It is truly an achievement of monumental proportions. We can all hope to see more of Dolenz in the future and we will continue to watch her progress keenly.