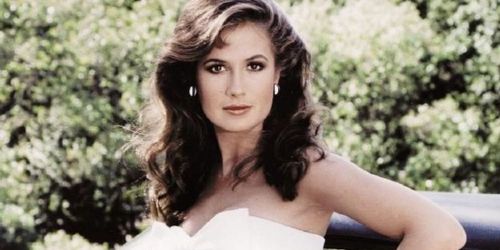 If you don’t know who Ana Alicia is then it’s likely that you didn’t watch a lot of Falcon Crest or other various shows that she appeared in since it’s easy to state that she was more of a TV star than a movie star in her day. Starting out on the stage as so many have done, Ana moved to Los Angeles upon graduating and went into TV not too long after. Given that she was one of the more beautiful women in the business that could act and didn’t have to be guided throughout absolutely everything it’s simple to deduce that she was granted a lot of leeway in her career at some point if only because she did please the fans with her roles and did manage to become fairly popular in her time. Of course that career ended in the 90s when she decided to step away from the cameras and become a devoted mother, which is a great decision for many women in show business but one that a lot of them either don’t take or can’t justify for one reason or another. There are plenty of explanations of course but until one knows all the facts it’s usually better not to up and guess without any real clue of what is going on in anyone’s life. Ana decided to focus on her family and that’s that.

Her current net worth is kind of hard to believe, it’s that amazing, but after a couple of decades spent in the spotlight it’s not too hard to think that she earned a healthy reputation and a good chunk of change that has made her worth enough to live out a comfortable life with her family. There are still enough people that remember Falcon Crest after all, and there are other ways that retired actors can make money. Oh yeah, there’s also the fact that she opened her own production company in 2015 so there’s a better than good chance that she’s doing just fine. There used to be, and might still be, an expectation that those actors that haven’t been seen in a while might be living in hovels or in a trailer park somewhere since few if any people remember them and their reputation is about as low as it can go. That assumption would be extremely silly though since a lot of those that have been in the spotlight have the smarts to go out and do something that will keep them pretty well off in the years to come, and Ana has done well on that account. From their many contacts, their time in the business, and thanks to the fact that more of them are educated than not, it’s become easier to think that a lot of actors that don’t go much of anywhere after their career tanks has to do with poor life choices, not the fact that they’re no longer a hot commodity. Ana is just one of many that’s proven that life after acting is entirely possible.

Currently in her 60s, Ana is one of those golden oldies, or is rapidly approaching that designation, that has aged rather well to be fair and has managed to find a way forward in a business that’s not all that kind to a lot of people once they get out. If anyone needs proof of this there are plenty of actors that have been forgotten over time and that have had to find a way to pay the bills once the big paychecks stopped coming in. Some of them have come back to prominence in recent years in various projects that have either been a mild resurgence that allows them to hang on and continue forward in the business, while others have come back for brief remembrances before fading off into the twilight for good. The lucky ones are those that become legends and are loved by millions, while a lot of individuals come and go in the span of a lifetime and garner a fan base, but still have to remind people who they were from time to time. Ana is definitely someone that’s done her bit in the business and worked it for all it was worth. The difference is that like many others she’s learned how to make the business work for her in a way that will continue to allow her to be close to it without being drawn back in. It does appear that she’s had a good run thus far being in charger of her own production company, though one does have to wonder if she ever misses being in front of the camera as often any longer. Sometimes it’s best just to hang around in order to remember the good old days, but there have to be moments when she’d like to relive the old days, if only for a few moments.