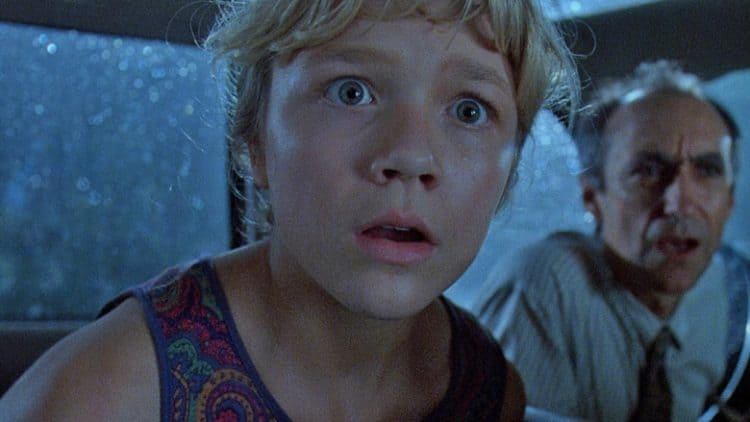 It’s understandable if you don’t recognize her by name but surely you’ll be able to recognize her once you take a good look at her face. Ariana Richards is after all someone that managed to make a pretty decent reputation during her time on screen. Whether it’s outdated or not her bio lists her as still active in the industry, but it would seem that she hasn’t participated in a movie or a TV show since around 2013. Whether you want to agree with Grunge that her career was bound solely to Jurassic Park or not, it is true that she did kind of step out of the spotlight and took on a few lesser roles as time went on. But she didn’t really disappear from the screen until several years back. According to The Wall Street Journal though she did enjoy her time on the movie no matter that it was likely a bit terrifying at some points since, well, they were dealing with a humongous prop that as it turns out provided some of the most terrifying scenes in the movie.

As CBS reports though she did manage to do something other than acting as she grew up and was able to graduate from Skidmore College. Not long after that she started up a career as an artist and for all intents and purposes has managed to do quite well. It would almost appear that Ariana was one of the many kids that acted for a while and then decided to step away for a while to get her life sorted out and decide what she really wanted to do. Going to college was likely one of the best decisions he’s made in her career since despite the fact that she played one of the more memorable characters in the original Jurassic Park she still didn’t do much after. It’d be interesting to see just how many people remember that she was also in the cult classic Tremors as Mindy, the pogo-stick girl that never seemed to stop and was really given only a bit of screen time here and there. Amusingly though she did come back for another Tremors movie after that when she’d grown up a bit, but it was something that didn’t stand much of a chance of enhancing anyone’s career and kind of continued to kill the idea.

As Lex she was the precocious kid that knew a great deal about computers, was an admitted vegetarian, and had next to no knowledge of dinosaurs unlike her brother Tim, who was just as rascally as she was and who’s character loved to torment his on screen sister. In fact if I’m being honest about this, and I am, there were times in the movie that the kids were actually more entertaining than the adults since their lines were simple and to the point instead of being drawn out in such a long, elaborate way. In fact the only adult that they couldn’t hold a candle to was Jeff Goldblum and this was largely because he was able to play a character that kind of overshadowed everyone. But Lex was a fun character because she seemed a little more real than others in that her terror seemed absolutely genuine and was able to allow a lot of viewers to relate to her experience and how they would be likely to react.

Following all this however it does seem that she wanted a bit of quiet in her life, or she just realized that she wasn’t getting many parts that were going to help her career, and took a different road that’s been treating her quite well so far. If you to Gallery Ariana you’ll get to see several of the pieces that she’s been working on over the years and might even marvel at the skill she’s shown in this medium. It would truly seem that she’s found her purpose and is excelling at it at this time. Sometimes in life we have to go through a wide variety of steps to find just where we’re meant to be and in time we find that path, or we don’t and we keep trying. Let me put it this way, Ariana was a fun actor to watch when she was younger, and she wasn’t horrible as she got older, but as a true talent in show business it almost feels as though she got squandered and not granted enough leeway to really grow and develop into someone that might have been considered great.

It’s a competitive field, there’s no doubt, and she did pretty good when she was still at the top of her game. But without the necessary tools to keep that fame rolling along she did kind of need something else to make herself happy and still be able to draw the attention of her fans. So far her artwork has done all that and more, and even better is the fact that she enjoys what she’s doing.