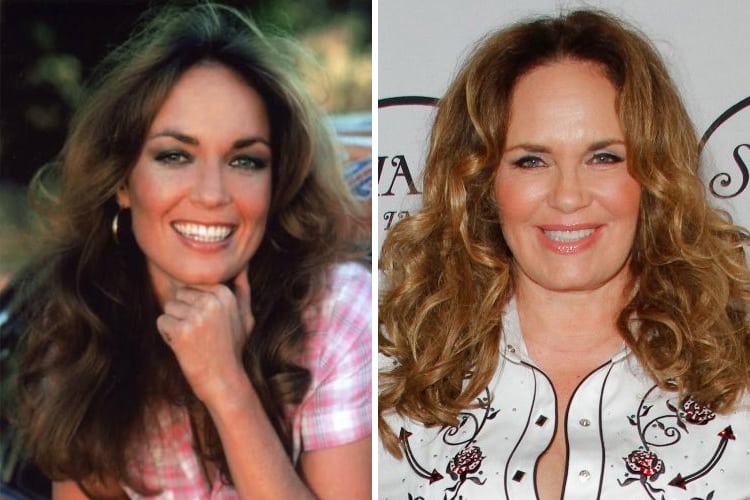 It’s kind of hard to forget the woman that made Daisy Duke so popular but obviously not too hard since some people happen to think more of the brand of cutoff shorts when hearing the name. Catherine Bach heard about the role through her husband to be accurate and went to audition, and the rest is history, but it’s still fun to recount it now and again since from what it sounds like she wasn’t really what they were looking for, but the folks in charge were still impressed. Catherine actually thought that her shorts wouldn’t be approved since back then it was pretty risque to go anywhere with that much of your legs showing. But in the long run she was deemed to be just fine and her look became a part of pop culture that’s been replicated many times over throughout the years. In fact if you can believe it, her legs were insured for $1 million at one point. A lot of us grew up watching The Dukes of Hazzard or at least enjoying the re-runs since the car chases, the action, and Daisy, let’s not forget her, were all big parts of the whole experience that made it worth the effort to sit down and just relax to the good ol’ boys and their companions.

In a sense it might be said that Catherine’s career didn’t really go that far when it came to moving on from the show that helped to skyrocket her name and her image, but she’s been holding steady and doing quite well throughout the years as she’s stuck in their and continued to see her stock rise. Her net worth is around $10 million so it’s easy to see that she’s not feeling the pinch at all given that she’s become something of an entrepreneur as well as an actor. Had she not gone into business for herself to supplement her acting though it does sound accurate to think that her net worth might actually have dipped quite a bit since at 65, not to be unkind, but Daisy Duke has shown some definite signs of aging. Still, she’s not a bad-looking woman at her age and rolling back the clock in one’s mind it’s easy to think how she turned heads when she was much younger, and how she managed to win over the hearts of so many young men that likely would have done just about anything just to meet her.

After all, Daisy Duke is a name you don’t just up and forget since it became synonymous not just with short, short pants but also with the idea of knockout beauty that was still tough and witty enough to hang with the Duke boys. Her list of movies and TV appearances throughout the years haven’t really done much to bolster her career in a big way, but again, creating her own business has done wonders since it’s allowed her to keep up with the lifestyle that so many stars get used to at one point. Even better is that she had plenty of practice by the time she was an actress as she was making her own clothing and selling off pieces in college to make a buck here and there. So she managed to get started pretty quickly when it came to life and wasn’t a slouch when it was time to put her nose down and make that money. What’s more inspiring than anything really is someone in Hollywood that might not need the money nearly as bad but is still hardworking enough and dedicated enough to keep on working and finding a way to keep themselves in the black by actually working for it instead of moving from gig to gig. True, acting is work, there’s no doubt of that. But all in all, Catherine has been a self-made individual for a lot of years now and has been paving her own way. That’s something that you can look at and nod your head to when saying that it’s pretty impressive.

When it comes to older actors, having a supplement to their income is actually a smart thing to do since otherwise there’s a good chance that the money will dry up eventually and they’ll become one of the many that have gone by the wayside and are barely even a memory by the time they pass on. It’s sad, but this has happened to people in the past that haven’t taken the time to instill a backup in their lives that will serve as a buffer when their acting days are over. Thankfully Catherine had the presence of mind to make certain that she had something that she could fall back on, and like many of those that have done the same she’s been doing just fine thanks to her foresight.