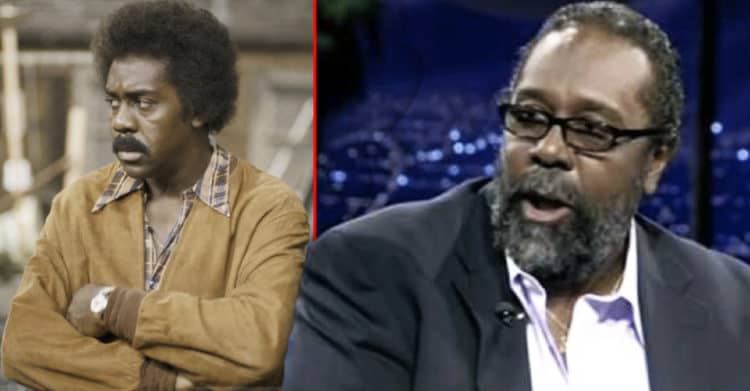 Demond Wilson has lived kind of an incredible and impressive life when you really look back on it. He made his Broadway debut at the age of 4 after taking tap and ballet lessons and he managed to appear at the famed Apollo Theater in Harlem when was just 12. In many ways it seemed as though he was made for show business since he took to it so naturally. But his life didn’t always revolve around the stage or on screen. In fact he wouldn’t get to TV until the 70s when he started doing movies and TV shows, one of the most notable being Sanford and Son. Before that time he was actually considering taking up the priesthood, though acting seemed to call to him in a way that service to the lord didn’t at that time. However, when his appendix ruptured at age 13, nearly killing him, Demon decided to serve God in the ministry or in some part that would put him closer to his lord.

When he got a bit older he became a member of the US Army, serving in the 4th Infantry Division. At one point he was sent off to Vietnam where he was injured before coming home. Once he returned to the states as a decorated veteran he began to pick up his Broadway career yet again. It wasn’t too long after that that Demond moved on out to Hollywood to start his acting career, showing up on various TV shows and in films before really digging his teeth into a few roles that would allow him to become a known individual throughout the acting circuit. He managed to take on the role of Lamont Sanford in the early 70s and, if you ever watched the show, you would know that Lamont took a great deal of verbal abuse from his father, played by Red Foxx. The two reportedly had great chemistry on and off the set however, which is why the fate of the show is a little confusing.

Red left the show due to a salary dispute in 1974 and was written off as Demond became the main star for a while. When Red returned the next season things were patched up and the show went on until 1977 when it was eventually cancelled despite being immensely popular. It wouldn’t be until the early 80s that Red would attempt to revive the show, but at that time Demond had no interest in reviving the character of Lamont, as he was on to other projects at the time. Despite having no animosity towards Red Foxx, Demond still didn’t speak to him after 1977 when the show was cancelled, keeping his distance for his own reasons. When the idea for a Red Foxx 50th Anniversary Special was pitched however he thought it was a bad idea, and the same was thought by Red apparently since he wasn’t entirely receptive towards it. That was actually the last time that Demond spoke to him before Red’s passing in 1991.

True to the word he gave when he was still an adolescent however Demond did manage to finally become an ordained minister in the early 80s, finding work as a minister and founding the Restoration House in 1995. This house managed to help rehabilitate former prison inmates by guiding them down a better path. He’s also written several books, both about the New Age Movement and the dangers it represents to society as well as children’s books. He even wrote a book about his time on Sanford and Son and about how it was one of the first shows of its time. He went on to detail the factual account of what went on behind the scenes and that the show was one of the great innovations of TV within its era.

Now in his 70s, Demond was still quite active up until 2005 as he made numerous guest appearances on the Praise the Lord program and went on tour with Nina Nicole in the play The Measure of a Man. He is retired now and no doubt enjoying his life as he’s still married to his wife Cicely Johnston, a former model and the love of his life. They’ve had six children during their marriage and for all intents and purposes things are going just fine. Demond has had a long and very storied career, as well as an interesting life when one sits down to look at it. He managed to start out young and became one of the more popular stars during his time that helped to create a bigger presence for people of color in TV and elsewhere and he was one of the better actors of his era as well. The kind of career he enjoyed was one that probably wasn’t perfect at all times but is still one that he can be proud of and is an inspiration to those that decide to take note of it.