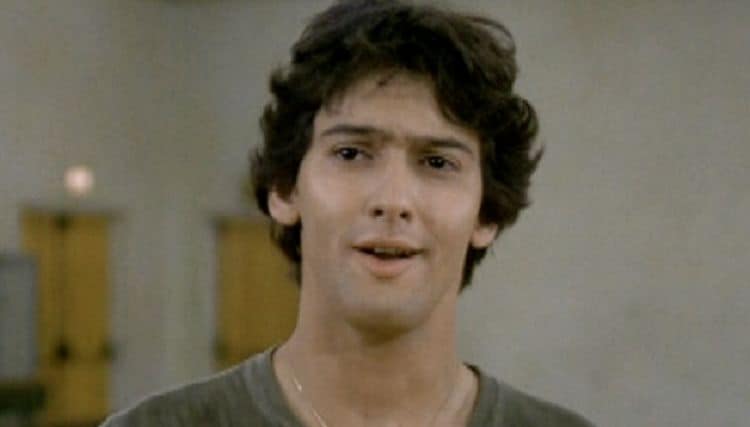 John Mengatti is an American actor who is best known for his appearance in the television series “The White Shadow” in the role of Nick Vitaglia. The series ran from 1979 through 1981. He became a popular young actor and teen heartthrob during this time. Many of his fans from this era are wondering whatever happened to him? We looked into his personal life and his career history, also scanning social media to see what we could learn. Here is what we discovered about John Mengatti.

John Mengatti was born in New York City on September 21, 1954. He is currently 65 years old. He made his debut on television in a minor role in the television series “Laverne & Shirley” in 1976. He appeared as a patron. His break came when he was cast in the role of the television series “The White Shadow.” After the series ended he went on to appears as Private Dominick Petrizzo in the TV series “For Love and Honor” in 1983. The series only lasted for one season. Mengatti had a classic New York City accent that viewers adored. It was distinct and it was one of the reasons why he became somewhat typecast in roles that depicted him as an Italian-American from New York City. Mengatti went on to make guest appearances in “CHiPs” and “The Facts of Life,” in 1982 as well as in the film “Hadley’s Rebellion.” He was cast for a role in the movie “Meatballs Part II” in 1983.

He struggled in his career

John Mengatti was off to a good start in his acting career but most of the roles that he played were minor. He appeared in “Knights of the City” in 1986, followed by a part in the film “Hadley’s Rebellion” in 1987. Prior to that, he appeared in “Tag: The Assassination Game” in 1982. He had a good start as an actor with decent gigs in both film and television, but this would come to a slowdown in a few short years. He continued in 1985 with appearances in the series “Stir Crazy,” and “ER.” In 1986 he made brief appearances in the TV series “Cagney & Lacey,” and in the film “Knights of the City” playing the part of Mookie.

His last decade in the acting profession

John Mengatti appeared in the film “Dead Men Don’t Die” as Officer Ramirez in 1990. He seemed to drop off the grid after this film and he didn’t resurrect his career as an actor until 2001 when he was cast in the role of Officer Howard in the television series “NYPD Blue.” He appeared in an episode titled “In-Laws, Outlaws” in 2001. The following year he returned as Officer Howard in the episode titled “Oedipus Wrecked.” His final appearance as an actor was in the movie “Land of the Free?” in 2004.

He hasn’t acted for 16 years

John Mengatti took what appears to be a permanent hiatus from the acting profession. With just 17 credits in his acting portfolio, he disappeared from the scene. .He married Lisa Nash Jones in 2006, and the couple has been married ever since. Mengatti has only been married once in his life. According to Trends, John Mengatti never had any children.

Is he on social media?

He does have a Facebook account. When we visited his page we saw that he is currently an artist, although information about his career as an actor was listed in his professional endeavors. There is very little information about him on the social media site and we’re not sure if John set it up or if it was set up by a fan who is also wondering whatever became of him. An internet search has not shown any results for a career in art so it is assumed that the page was put up by a fan. A search for him on Twitter, Instagram, and other popular social media sites revealed that he does not have any of these social media accounts that can be found by the general public.

Is he still alive?

Yes, John Mengatti is currently 65 years old and his is still living. His wife Lisa Nash Jones, however, does have a Facebook page and when we checked it out we found some recent posts and some great pictures of her and John. The couple looks like they are still very happy and in love. John Mengatti looks great and so does Lisa. John Mengatti for whatever reason has made the decision to live his life privately and there is no word about what he is doing for a living at this stage in his life. Lisa continues to work as a makeup artist and she also styles hair.

John Mengatti had a promising career as an actor, but something happened that caused him to stop acting in 2004. For all his fans that wonder whatever happened to him, he is married to his beautiful wife Lisa Nash Jones, and the couple has been together for coming on 14 years. He prefers to live his life privately and from what we can tell, he even avoids social media. John has left us with a great mystery and there is no explanation as to why he made the decision to stop acting. Nor is there anything that lets the world know what he’s been up to in his 16-year absence from television and movies. We were disappointed that we couldn’t find any information about what his life has been like lately or what new endeavors he has been pursuing. Perhaps he just wants to have a normal life as he is retirement age. Either way, we wish John and Lisa the best and we remember his contributions to our entertainment.