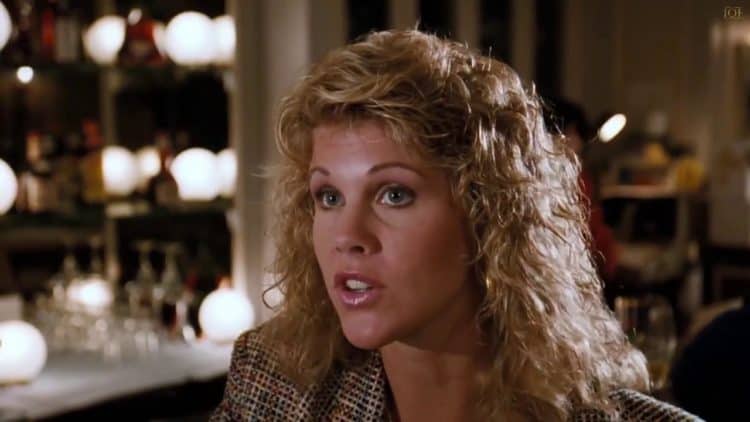 Some actors are bound to be known for only a few roles, or possibly just one in their lifetime, and that’s usually because they either did such a good job with the one role or because they didn’t do much after that. Leah Ayres did plenty before and after Bloodsport where she was a halfway decent reporter that was hard to buy really, but this is definitely one of the only movies where she’s going to be remembered from. Despite that she did manage to show up in a host of shows and other movies that featured her rather prominently. Chances are that for a lot of people though the mere mention of her name might not bring up a lot of memories. Saying ‘the reporter from Bloodsport’ might get a lot more recognition however since one thing about her in this movie is that she was persistent, tenacious, and definitely someone that didn’t allow people to just push her around if she could help it. That is the kind of character she managed to portray a lot of the times since as some people have said, the best actors are usually those that don’t try to act, they just get on screen and start acting like themselves. There’s a lot of truth in that since many times the actors that perform the best are those that aren’t trying so hard to impress the audience, but are just having fun with the part. Like it or not though, Bloodsport was a great movie for the time, even if the ‘legend’ of Kumite champion Frank Dux has been widely criticized and even supposedly debunked more than once.

In any case, while the legend of Frank Dux has been somewhat maligned throughout the years, Leah’s has been doing just fine, at least for as long as it lasted since she retired from show business in 1998 after nearly two decades in front of the screen either on TV or in the movies. It does sound as though she became highly involved in yoga for kids and has been busy with this for years now. Her net worth isn’t really all that much but it’s better than nothing and is enough to make sure that she has a comfortable life, though likely if she continues to work and do well in her current course. Being in her 60s at this point, Leah is in pretty good shape for a woman of her years and has aged quite well it would appear. While there’s plenty to learn about Leah it does take a bit of digging, such as the fact that she graduated high school after 3 years after taking mostly AP classes, and that she was big into dancing for a good part of her life, and that she knew next to nothing about the story of Bloodsport other than she didn’t have a dressing room when she arrived on set. All of that is true, and it’s even true, as it’s been covered by Johnny Caps of Pop Geek in an interview with Leah, that she nearly left at one point during the making of the movie since she had no place to change while the stars had their own rooms and trailers. Apparently they took the seats out of an old VW camper and allowed her to use it as her dressing room. It wasn’t much, but it was something.

In a way though that kind of stands as the highlight of her career when it comes to the character it produced and the fame that came with it since otherwise a lot of people might be hard-pressed to think of just what else she’s starred in throughout the years. There’s no doubt that Leah has been around and she’s managed to show up in a number of different programs as well as several movies before and after her time in Bloodsport. But the point is that the one role that a lot of people were turned on to her came during this movie when she played the strong-willed reporter that apparently couldn’t help but focus on Frank Dux and the supposedly illegal Kumite that has been so hotly debated over the years. Anything before and after that have been just successful when one really takes the time to look at her achievements, but overall Leah has likely been seen as kind of a middling talent that’s definitely contributed to the big and small screens in her own way and created yet another character that is memorable for a good reason. Otherwise however she’s someone that did what she could while she was in to get noticed and ended up stepping away when she felt the time was right, hopefully with no regrets. The best part of it all is that she is bound to be remembered for a long while since Bloodsport is still a well-liked movie.