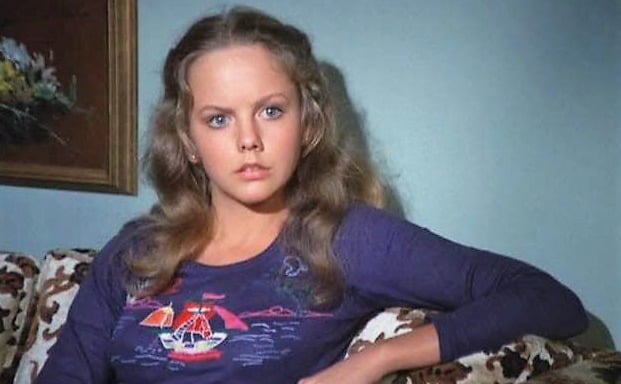 Born into a theatrical family, Linda Purl knows a thing or two about what it takes to exist on screen and off and how hard it can be to keep the two apart at times. She’s been a part of the spotlight for a long time and has enjoyed a career that’s seen her move from theater to TV to film and even into music. She got her start in the 1970s and started rolling from there, becoming the only foreigner at that time to train at the Toho Geino Academy in Japan. Since her start she’s been kept pretty busy and hasn’t gone away at any point, though it seems as though her popularity might have experienced a dip or two along the way as things continued to change in the TV and movie industries, forcing her to up her game or simply dwindle to the background as many actors from her era have done throughout the years.

She’s stayed fairly relevant by starring on many different shows throughout her career and in movies that some people might watch on a regular basis, but if you’re not certain who Linda is then you might need to do some light research, because as unknown as she might be to some she’s not hard to find. She hasn’t dropped off the map in other words and she’s stayed on top of her career enough to understand how to roll with the changes and stay afloat in the current era. One bit of advice she’s gladly given to any and all aspiring actors however is that if there’s anything else they can do well in their lives to keep it in mind and keep those skills honed for one reason: acting is not as easy as it seems. To many acting seems as though it’s little more than pretending to be someone else and falling into the moment. While some actors are quite adept at doing just this, others would caution those that want to come into the industry to make certain that they have the drive and the willpower to keep going and the love to make the long days and more frustrating moments worth it.

Linda is one of those that doesn’t turn people away from acting when asked for advice, but gives them the hard and very realistic truth about what they will need to expect. The acting game to her is something that’s been a part of her life for a long, long time, and she knows just as well as anyone what it takes to keep going and what it takes to make it worth their while. Her own dedication has been nearly absolute throughout her career and despite the hard times she’s managed to push through now and again in order to make sure that she continued to build upon what she’d done in the past.

Her personal life has obviously not always been the easiest since she’s been married four times, the first time to the son of Desi Arnaz Jr., son of Lucille Ball and Desi Arnaz. There are times when it seems that celebrity marriages are not destined to last for one reason or another, but thanks to gossip columns and tabloids it’s become all too common to see a multitude of reasons why couples composed of one or two celebrities just don’t last. It’s a lot of speculation that’s not needed to be honest but in some cases it is used to bolster their popularity as well since many upon many fans seem to love to side with the husband or wife for various reasons and will join the growing gossip mill in an effort to have their two cents heard. However it happened with Linda, she was married four times and had a son with her third husband. Throughout all this she maintained her career and continued to find roles here and there to keep herself busy, which shows that despite anything else going on in her life the dedication she feels to the show still continues to drive her in a very big way.

At this point in her career it seems as though she’s chosen to focus more on TV than films, though her last film was in 2016 and as of yet there is no release date set for another project she is working on titled The Swing of Things. As far as TV goes however she’s been in a few different shows over the last several years such as Designated Survivor, The Oath, and Code Black. As far as taking a break there’s no doubt she does take time now and again when she’s able to kind of back away from the industry just for a breath, as many people likely do after a while. But one thing is guaranteed, she keeps coming back.