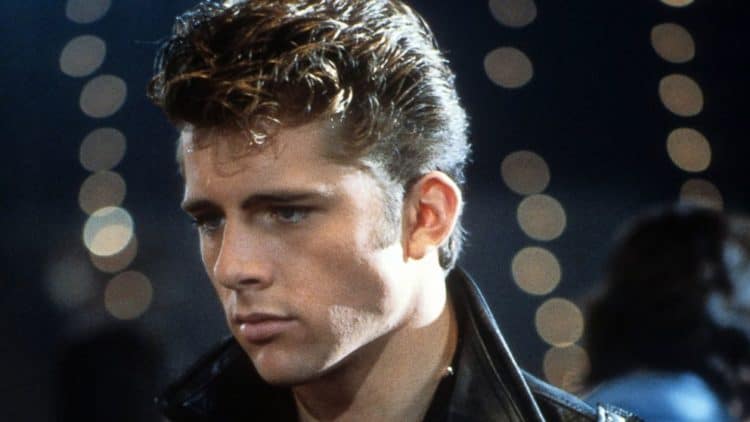 In this day and age it’s so easy to lose track of actors at times that if a name slips by your notice it’s likely not going to surface again until they’re trending for some reason or they pass away, which is sad and tragic, but true. Trying to keep up with every famous name and face that’s come through Hollywood in the last four to five decades is an absolute chore since the turnover rate in show business is pretty intense, and if you remember Maxwell Caulfield at all it’s likely that you managed to see one of his stage performances or TV appearances or one of the many movies that he starred in since despite not being as well-known as many other actors he still has a fairly extensive resume since he’s been busy throughout the years and is still doing what he wanted to do when he was young, which is acting. Whether or not you’ve seen a good number of his performances would be hard to say since Grease 2 would likely be one of his most prominent outside of the stage, though he’s guest-starred in some very well known TV shows as well and been a noticeable part of a few of them such as Modern Family, where he played Claire’s ex-boyfriend.

For someone that might have to tell people who he is from time to time though he’s made a good living and has a net worth that’s easily capable of allowing him a very comfortable and extravagant lifestyle. There is something that divides actors when it comes to their level of popularity and their overall success and it’s more than their talent or their ability to draw a crowd. It also has a lot to do with the fact that some of them know just what to do with the fame when they get it and how to keep from squandering every penny they earn. Maxwell has obviously taken what he’s been given and has been holding onto whatever he can while still living the life that a lot of people would love to experience at one time or another. It might be worth it, seeing as how so many of us now have time to take a look, to find out more about Maxwell and how he came from exotic dancing to where he’s at now. Likely as not it was a rather tumultuous journey since he was kicked out of the house at one point by his stepfather when he just 15. His road towards becoming an actor was the only one he apparently saw in his future, so it wasn’t much of a surprise to find out that once he found his way he was off and running.

It would appear that Caulfield has a pretty strong self-image since there have been moments during his career when he’s performed entirely nude, and others when he’s performed half-naked, meaning that he doesn’t have a lot of qualms about showing his body. At this point in his life, he’s in his 60s as of now, it might not be what he’s into doing any longer, but it does make sense if he was attempting to become known and was willing to do anything when he was younger. Some people have a strict personal rule about how much they’ve reveal of themselves when performing, while others are willing to go for it all and bare it for the audience in an attempt to show that they’re willing to do what they need to for their career. Nudity is a funny thing really in that some people don’t think twice about it while others are bound to cover up even if there’s no one else in the room, but it’s a very personal thing as well since the different value that people have do come into play when it comes to acting. All in all though his acting did allow Maxwell to advance through the ranks and become the success that he’s been for so many years, so it obviously worked for him. After all, the only real shame in nudity is that which is felt by the individual, and if they don’t mind being naked in front of others, then so be it.

Maxwell is still acting as I mentioned above and he does have a project that, like so many others in Hollywood, is only hold at the moment. His personal fortune is likely more than enough to hold him over at the moment, much as any celebrity could claim. But when things go back to normal, not if but when, it might be that people could look him up and see just what he has going on, and what might be coming up in the future. For the time being he’d be worth taking a look at just to see what he’s done and why he’s worth the attention.