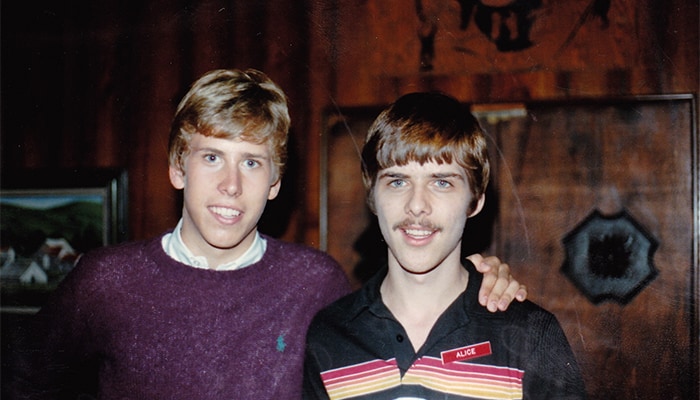 You could say that Philip Mckeon was just at the right place at the right time when it came to being noticed for his talents since that’s pretty much what happened. Someone saw some promise in him and decided to help him make a go at a career. As a kid he was definitely allowed to learn what success was all about since he managed to land a role on a popular sitcom and become one of the main characters for a while. As his career went on after this however he still managed to show up now and again but otherwise he wasn’t seen all that much and his popularity began to wane. This has happened to so many stars over the years that it’s easy to lose count how many individuals have really managed to stand in the spotlight for even half of their fifteen minutes of fame before being shuffled off so that a new face could be brought in.

Since the end of his acting career he did manage to produce and even direct a few films, but he finally ended up calling it quits in 2000 when he decided to retire. Something seems to indicate that it wasn’t really anything other than the lack of work he was receiving or the attention he was getting from those that would help his reputation to flourish. In show business you’re either rising or falling, those that stay in the middle are either stable enough because they’ve had a solid career or are simply stagnating as time goes on. Philip unfortunately wasn’t even at that point since by the time he was done with the sitcom, Alice, his career was already on the wane.

For about four years Alice was a popular sitcom on TV and it did manage to attract a fair amount of viewers. The characters were engaging enough and the idea was sound enough that people wanted to watch and keep watching. But if you really look at the show you’ll see first why people wanted to watch, but also why it wasn’t quite as sustainable as others. Some shows thrive without having to change all that much since their viewers grow accustomed to the characters, the settings, and the dynamics between the two. The story doesn’t have to progress all that much since the surroundings are comfortable and don’t challenge the viewer that much but also don’t bore them to death when they have to see the same thing over and over. This is kind of interesting to think about however since a diner, or any public space, is often a hub of activity where just about anything can happen since it’s not a private residence and isn’t bound by as many rules that govern what can and can’t happen in terms of a sitcom.

But even with that in mind people do tend to start looking elsewhere if the story doesn’t move along at the pace they want and will soon enough forget why they were attracted to a show if the program in question can’t offer them something new and engaging with each passing week. It’s kind of a demanding and unfair way to look at things, but consumers do tend to be kind of picky about what they watch at times and if something can’t be relied upon to really challenge a person then it’s bound for obscurity since the audience won’t find it as appealing. Philip did a lot of best material on this show but once it was over he had to really scramble to find work it seems and even then he wasn’t always as spot on as he was on the show.

Despite the slightly insane plot this film does seem like it could be remade into something that might be kind of creepy if not downright horrifying in this day and age. There are hundreds if not thousands of movies out there that have dropped beneath the notice of many people either because people don’t consider them to be that great or because the effects are cheap and therefore kind of boring or lame. But when you really look at the story and the possibilities that could open up it’s a wonder that we haven’t had more remakes as the years have gone on. Unfortunately at this point a lot of the remakes that are being created are of shows and movies that were popular when they were first released, while those that were considered B movies back then are being virtually ignored and left to collect dust in the vast and unknown archives. Just how many movies are there that we’re not seeing simply because they’ve been relegated to the past?

Philip McKeon was one of the many unfortunate individuals that kind of came and went without being celebrated all that much.