Home
Entertainment
Whatever Happened to Ryan Hurst after Sons of Anarchy? 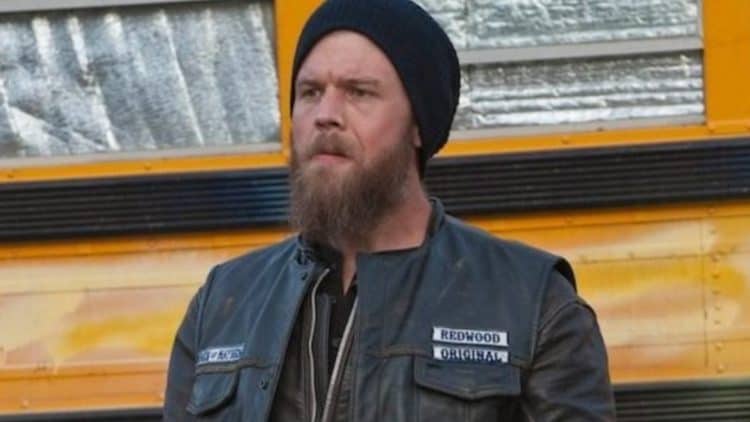 When asking what a person has been doing after their stint on a certain show or in a movie it almost feels as though we’re wondering just why they fell off the map when in reality quite a few actors that are no longer on a popular show have had a chance to move on and continue to expand their career. Ryan Hurst has a habit of playing characters that are tortured in some way even if they have positive endings or moments within their arc that make them favorites among the fans. Opie was kind of a tragic character in Sons of Anarchy since he was all for the club, but in the end, the club took away more than he wanted to give since Tig shot his wife in the back of the head by accident since he thought he was shooting at Opie. Not only did Clay, played by Ron Perlman, give the order to have Opie killed, but he went and killed Opie’s father as well, setting Opie on a continuing downward spiral as the death of his wife was blamed on a rival gang, the Niners. He did eventually find out what Tig did and beat the holy hell out of him, and even put two bullets in Clay, though he didn’t kill him. At that point, Opie was trying hard to get out of the life, the same life that was all he’d ever known, but the only way out was when he took a steel pipe to the back of his head.

Ryan has played a few notable characters throughout his career and has been a common face that’s shown up from time to time, and more than a few of his characters have been completely convincing. Since his time as Opie though he’s been around and he’s been busy. One of his most notable roles, which might have gone unnoticed by some people, was as Beta on The Walking Dead, and an episode of Fear the Walking Dead. This character was a walking nightmare that, when paired with Alpha, played by Samantha Morton, proved to be a serious problem for the survivors in the show since despite being big and insanely strong he was also quiet, patient, and quite deadly. It’s been said a few times throughout history that no person the size of Beta should be able to remain so quiet and be able to sneak up on anyone, but in TWD, Beta is a certifiable nightmare since he’s the type of threat that can move like a ghost and strike with such brutal efficiency that it’s not hard to believe that he worked out so well as a character. But Hurst did play this character quite well since the menace he put into Beta was amazing and the mental state that the big man existed in was downright spooky.

This isn’t the only role he’s taken on lately since he’s been keeping himself busy since SOA and has been seen in a few different series and movies, but it might be that people would have to look for them in order to catch Ryan at his best. A lot of people still look at him and see various characters he’s played such as Opie and even Gerry Bertier from Remember the Titans, where he was at his best as well. Ryan Hurst is the type of guy that’s great in the role of a big man and as someone that’s kind of a sympathetic character that people tend to want to watch since there’s more to him than the imposing character that he represents. Even as Lump Hudson in the slightly forgettable Ladykillers movie with Tom Hanks he was a simple-minded individual that might have been easier to like if he hadn’t have been kind of an impressionable dolt. The point is that Hurst is a good actor, but he does find himself being typecast now and then as the big man that’s supposed to be a threat or a tool for the other characters in the story. As long as it’s able to work then he comes off as he’s supposed to, either big and kind of not too bright, or big and absolutely menacing as well as smart enough and cunning enough to get things done. When you think about it, Beta wasn’t the smartest person in the world, but he knew enough to be a serious threat and to be the kind of guy that could give the survivors pause since he wasn’t some big, knife-wielding dullard.

There are plenty of roles that Ryan can take on since his size and his acting ability make him the type of actor that can take on various roles that can offer a wide range of possibilities. There’s no doubt we’ll be seeing a lot more of him in the years to come.