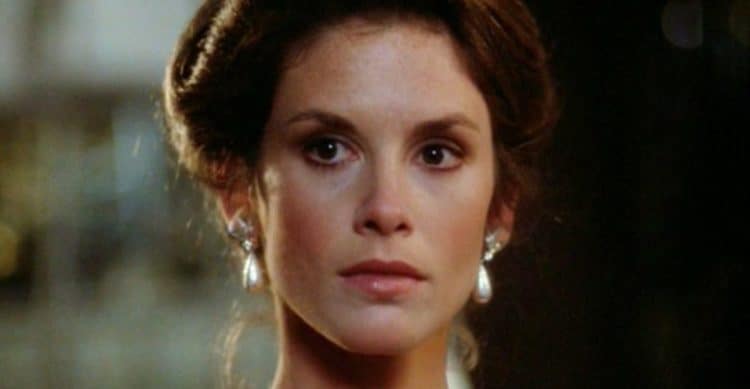 Right from the start it’s kind of obvious to see from her upbringing that Stephanie Zimbalist was brought up in a home where notoriety was just a common part of the landscape. Her grandparents were famed musicians and her father was an actor. Her aunt was even an author and historian, so it seemed as though following her family line in one of several roles that would grant her some exposure to the public was bound to happen. Having attended Juilliard after high school she eventually began her acting career, taking on the industry without much hesitation as she decided to go full-bore when it came to making her name and making certain that people knew who she was.

Her earliest attempts came in the 70s and were with stars such as Ed Asner and several others as she quickly made her rise to fame. Stephanie has been a very talented woman for much of her career and yet during the 70s and 80s the industry was constantly being flooded with new ideas for films and TV shows and a good number of those she participated in were given their due attention or were passed along as the years went on. Men, who are still very dominant in this current era, were even more controlling back in these decades despite the fact that women were starting to use their voices in a much stronger and more forthright manner. Like a lot of women Stephanie had to push and push to get where she wanted to be and avoid being typecast as much as possible.

Instead of just sticking to movies and TV however Stephanie has diversified her career over the years, taking stage roles as well as releasing a couple of audiobooks. One thing it seems she’s realized in her many years is that in order to stay relevant in some way she needs to keep plugging away at different that can get the attention of her fans, and possibly draw new ones to her as well. The life of an actor needs to change and evolve as their career moves forward, otherwise they tend to fade as they remain stuck in the past without any way to bridge the gap from what they’ve done to where they need to be. Stephanie has no doubt seen this just as anyone else has and decided to act accordingly. Her presence within the industry has remained strong as she’s continued to act in more than one venue and has been prominent enough to be called moderately to very successful. The veracity of her career remains intact largely because she is one of those that hasn’t become so vain in their career that they simply have to be the center of attention at all times. In other words she’s found her place in the maelstrom that is the constantly-changing world of acting and she’s grown comfortable with the manner in which she’s had to adapt.

One show that stands out in particular throughout her career is one that’s also gained a lot of attention thanks the heartthrob Pierce Brosnan, who starred with her in the show. It might sound sexist, but the truth of the show was that a female sleuth was hard for many people to believe, thereby facilitating the addition of a man like Brosnan as he in fact became Remington Steele, a man that was as mysterious as he was dangerous, and a figure that many more people could embrace because, well, men were considered to be better at the spy game than women back then, and it wasn’t believed that a woman could do half of the things a man could do. If that sentiment was shared now however it would likely be eviscerated, along with the speaker, before the opening credits were finished rolling by. The show got by with this kind of attitude for a little while however, since it was the 80s and women hadn’t quite put their collective foot down as hard as was done in the 90s.

By the time such a thing happened however Remington Steele was off the air and women were taking on a new role in movies and films, showing that they were more than capable of being the top dog, the number one in charge, and were able to take the lead from men without any trouble. By the 90s Stephanie had taken to acting mostly in TV films, but the fact remains that she was still around, and she’s still around today. Despite being listed as active she doesn’t seem to have done much of anything since about 2015-2016, but that means very little since actors tend to take personal time now and again to move towards other projects or simply to relax. The chances seem good that she’ll continue to show up or at least continue doing something behind the scenes as she chooses.