Home
Entertainment
What’s Amanda Bearse Up to These Days? 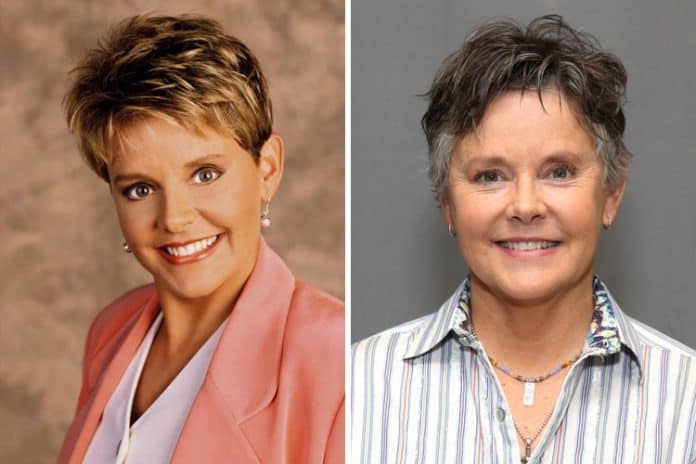 If you don’t remember Amanda Bearse from the 80’s and 90’s it could have been that Married..With Children just wasn’t your cup of tea, or perhaps you weren’t born during that era. Whatever she’s done since, and she’s done plenty to be honest, Amanda is likely always going to be known best for her role as Marcy Rhoades D’Arcy. There was something special about the plucky little woman next door that exemplified the show in a way that made her invaluable. When the character of Steve Rhoades, played by David Garrison, left the show, he was missed for a while even though he came back now and again, but Marcy simply couldn’t leave.

There were episodes in which she wasn’t featured at all due to the story line, but Marcy was a mainstay of the show since its inception and became one of the reasons why people came back. She wasn’t exactly a hardcore feminist but she was a feminist all the same and stood up for her beliefs consistently. Sometimes it seemed that she was more or less out to ruin Al’s day rather than push her own agenda, but there were times when she got to do both at the same time. Her back and forth battles with Al were epic since both of them managed to come up with witty comebacks on the spot and didn’t hold back when it came to insulting each other.

Anyway, let’s take a look at her through the years….

Despite all the insults and the seemingly toxic nature of Hollywood Amanda has been quite positive in her estimation of the program that helped to make her famous and has been seen in a number of productions since. For the last five years however she hasn’t had any serious acting roles. In fact the last time she was seen on TV was for the show Anger Management. Since then she’s done public appearances and has enjoyed being remembered for one of her most iconic roles.

Her time on the show was very enjoyable.

She’s stated that her fellow cast members were always very supportive of her and they were in some ways a family unit that were able to have a good time with one another. Despite the fact that the show was very misogynistic in nature and featured a lot of chauvinist themes she still found comfort in the part of Marcy since she could identify with the character more often than not. Something about Marcy simply touched a positive nerve in Amanda and she relished playing the part even when the writing was aimed at subjects that were seen as highly controversial. Like the others that worked on the show she was quite happy creating something that was beyond the norm.

She came out in 1993 as a lesbian, while she was still on the show.

Amanda had been living the life, meaning she had been living as a lesbian, before she came out. But in 1993 she decided to make it public. Thankfully the entire cast of the show was very much on board and was completely supportive of her, showing a level of solidarity that was still hard to find in Hollywood around that time. Amanda managed to weather a lot during her career after she came out to the world, and more to the point her life as a mother became just a little easier since she could walk about without worrying whether anyone would discover what she was trying to keep on the down low. This was a liberating moment for her that did a world of good for her peace of mind.

She took on directing during the last part of the series.

Eventually Amanda went on to direct Married…With Children for several episodes and for all intents and purposes she did great. The show went out on a high note, though there was never any closure it seems since the lives of the Bundy’s and the D’Arcy’s went on as usual. That was the charm of the show however, it didn’t always wrap every episode as conventional TV shows did, with everyone’s problems solved and all those involved feeling good about life in general. It took a more realistic approach and left things messy at times and unresolved. In fact it’s safe to say that the show, and everyone in it, were left to their own devices most of the time.

Amanda has been busy with public appearances for a while now and has been a favorite of many people since her time in show business. Whether she’ll come back any time soon is hard to say but seeing as how she’s proven what she can do there’s a good reason why she wouldn’t, or would. It all has to do with whether she really has the desire still or if she’s truly enjoying the life away from the spotlight. One thing is for certain, she’s been one of the most memorable people in a sitcom in a long time.