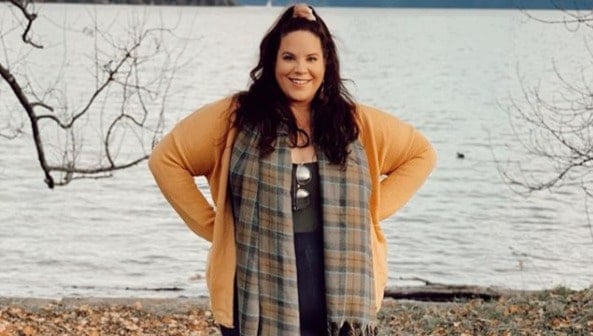 Whitney Way Thore is a reality television personality who starts in the show “My Big Fat Fabulous Life” on TLC. She is an advocate for people who are overweight and combats those who practice “body- shaming.” She is an interesting person who has gained a huge following of fans who appreciate her positive attitude. Here are 10 things that you probably didn’t know about Whitney Way Thore.

2. She is a college graduate

Whitney attended high school at Page High School. She graduated in 2002. She continued her education and was accepted into the Theatre program at the Appalachian State University which is located in Boone, North Carolina. She graduated from the school.

3. Whitney was accepted into a special program

In 2000, when Whitney Way Thore was still a sophomore in high school, she was accepted into a special program. It was the Governor’s School of North Carolina of Merideth College, offering a Theatre Summer Enrichment Progam. Whitney developed a passion for theater and this was one of the drivers behind her enrollment in the major at college.

4. She has worked abroad

Whitney Way Thore decided that she wanted to do something a bit different with her life. After she graduated from college, she accepted a job that was overseas. She moved to South Korea for the job, which involved teaching schoolchildren the English language. This gave her valuable experience and full immersion in a different culture, which has helped to shape her current world views.

5. She returned o America as a media professional

By the time that Whitney was finished with her job in South Korea, she was ready for something different. She returned to her home town of Greensboro, North Carolina, where she became an on-air producer for the “Jared & Katie in the Morning” radio show that aired on 107.5KZL.

6. She became famous with her video release

The radio station that Whitney worked for created a dance video that was titled “A Fat Girl Dancing.” It was uploaded to the station’s YouTube channel. The video was released on February 27, 2014. This was the beginning of a new chapter in Whitney’s life. The video went viral and it was appreciated by people from all walks of life. The content promoted a message of acceptance of your own body and of others and the development of a positive body image. It was not long before Whitney was invited to appear on the TLC show “My Big Fat Fabulous Life.” The TLC program first aired in the first part of January 2015.

7. She is also an author

Whitney Way Thore released her first book titled “I Do It with the Lights On And 10 More Discoveries on the Road to a Blissfully Shame-Free Life.” The book was first released in May of 2016, and her memoir was well-received by a public that wanted to hear more about her perspective on self-acceptance. She is a fat-acceptance advocate and her message gives hopes to millions of people who are overweight and tired of being shamed by others. She shares a positive message of hope and her life story gives many others hope as well as a renewed sense of self-respect and dignity.

8. Her message is relevant to a broad spectrum

Although there are certainly a lot of fans of Whitney’s who are overweight, self-acceptance and loving one’s body doesn’t just refer to body fat. Individuals who are different in any way can relate to her messages of positivity. People who have been made to feel bad about themselves for any kind of difference find inspiration in her words of hope and healing. Self-acceptance is something that every one of us has a right to. Some of her fans may have physical differences such as being extremely thin, being born with a cleft palate, or other physical birth issues, gender differences, and preferences, and so forth. Whitney is an inspiration to anyone who has ever been discriminated against for a variety of different reasons. Her issues have centered around being overweight, but she extends her encouraging message of self-acceptance far beyond weight and body shape issues.

9. Whitney is an educator

One of Whitney Way Thore’s goals is to educate everyone who hears her message. She has dealt firmly with so-called trolls who have taunted her and who sling body-shaming phrases in her direction, but she really cares about promoting understanding. Those who struggle with weight or with body-image issues, as well as those who make up society as a whole need to hear the message and understand that diversity is something that needs to be accepted and embraces and that no one person or group has the right to shame another for being different.

Whitney Way Thore was dating a guy online for a while, but the relationship didn’t work out. In 2017, she learned that he was actually a cousin of hers. She moved on and begin seeing another guy who is no relation to her. She has been dating Chase Severino. While the two were vacationing in Paris, in October, he popped the question and asked her to marry him. Whitney accepted his proposal and now she only managed to keep it a secret for a few months. She finally announced their engagement in December. We have not yet heard when the couple plan to make it official with a wedding, but Whitney has shared that she is on cloud nine and very much in love with her new fiance.