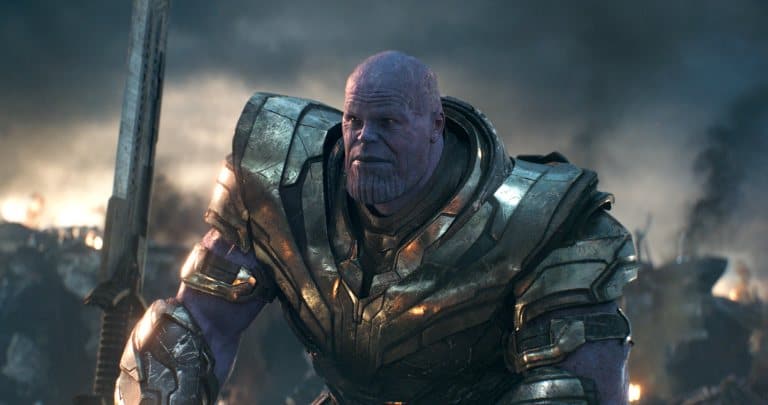 It doesn’t matter if it’s TV, the movies, or even in a book of some sort, people tend to expect good to triumph and the bad guy to lose, even if the main point is ambiguous and it might not seem like the right person was left standing at the end. The moral expectation is that the greatest evil will fall and those that want to keep the peace and desired sense of order will be left behind to continue the story in a more positive light. But really the biggest reason why the bad guy tends to lose so often has to do with both societal expectations as well as the writers feeling the need to give people that happy ending, even if it comes from the most horrific losses imaginable. But really, how realistic is it that the bad guy would lose in just about any scenario? There are so many movies out there that can be broken down frame by frame, which I hate to do, in order to make sense of how something should have gone rather than how it did.

Just a few examples would include the villain above, Thanos, choosing to wipe out half the universe as he did, still didn’t seem to plan for the Avengers to come along and take him down and then undo all he did. As Colin McCormick of ScreenRant might agree, this guy was a major tactician in the comics, and suddenly he’s so shortsighted that he can’t see beyond his own master plan. Let’s step away from the MCU however and embrace the season while talking about movie monsters like Freddy Krueger, who could have been just fine had he not played so much and given his prey the time to find out about him and think up a way to defeat him. Or maybe Jason, who makes more sense as an unstoppable killing machine that just does what he’s meant to do without playing and without prevaricating, but somehow still ends up being bested. Then there’s Michael Myers, who takes his sweet time getting to his victims but then somehow misses killing the one he was after. How does this happen? Well, with more practical characters it’s easy to understand that this is how the writers are being told to guide them, but for thinking characters it does seem that some villains should come out on top a lot more often, especially if they just stop talking and get right down to the mayhem and murder.

That sounds grim doesn’t it? But it’s the truth since a lot of the villains in movies are the type of people that are all about chaos or at the very least, evil on a level that the heroes that stand against them can’t or won’t match. If a person has a gun to your head and intends to shoot you, why bother explaining the reason? If another person as a hero has the chance to incapacitate the villain, why bother with the back and forth? Because it’s entertainment, that’s why. For some odd reason people want to see this back and forth exchange before the action finally happens since in some situations it does build up the tension and thereby make that final defining moment in which the action happens mean that much more. But other times it’s just so much talk. And it’s a big reason why so many villains tend to get snuffed, locked up, or in some way humiliated before the final credits roll.

Thankfully as Tom Chapman of DigitalSpy reminds us there are movies where real life asserts itself and the bad guy actually gets a win even if they don’t get to enjoy it. Think of Seven, John Doe got what he wanted, in The Wicker Man the protagonist doesn’t get away, and yet another classic, The Omen, shows that evil is a lot craftier than we give it credit for. To be honest I like the whole good versus evil idea with good coming out on top, but in an honest manner, meaning that the protagonist had to tarnish their beloved honor in a way they didn’t expect in order to get the W, you know, as happens in real life quite often. The moment that the villain starts to talk, starts to play, to posture, to do anything other than what they really mean to do, is when they tend to lose, since way too many antagonists in the movies have gone on to think that they’ve won only to be undone by a deus ex machina or because they ended up letting the protagonist get their second wind or find a way past their machinations. It’s then that the bad guy DESERVES to lose since in any struggle the lack of planning, intelligence, and foresight are going to be the deciding factors, and being arrogant and too confident tend to be a huge set of missteps that a lot of villains are forced to undertake.