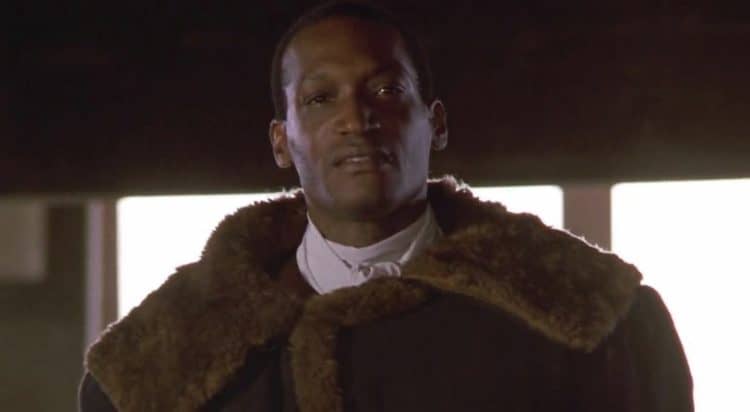 Back in 1992 a horror film came out that was hands down one of the scariest of the decade and had people buzzing about it for years to come, even if it only ever achieved cult classic status afterward. Candyman is a film that a lot of people swore by when speaking of it since from the gore to the actual story line it was considered to be absolutely haunting and even quite disturbing in a way thanks to the origin of the main character. The main story was taken from the popular Clive Barker novel Books of Blood, and was set in the former Cabrini-Green project in Chicago. The legend went that if a person stared into a mirror and spoke the name ‘Candyman’ five times that the dreaded specter would appear and wreak havoc upon whoever dared to call him. This film was an absolute fright for those that don’t care for horror and something quite interesting for those that love the sprays of arterial crimson as they’re dashed upon the walls in cinematic fashion. As of now it would appear that Jordan Peele has taken on the arduous project of bringing this legend back to the big screen with a proposed 2020 release date. Whether it’s going to be something uniquely wonderful, thanks to his track record, or if we’ll smile and remember the old days is yet to be seen. But right now this is Jordan’s chance to show us what he can do with a horror movie that’s meant to be far more visceral than cerebral, and it’s fair to say that a lot of people are letting their expectations run wild.

Candyman is a legend in the horror film industry, so of course people want to see something great.

The original was the best and deserves another look.

The reason for this is that the original was raw, unexpected, and despite some less than stellar acting at times it was the kind of film that kept you guessing since a lot of people couldn’t really predict just who was going to get stuck with that bleeding hook. Virginia Madsen and several of her costars, Tony Todd included of course, were great in this movie since their reactions looked so genuine that you couldn’t help but think that the director, Bernard Rose, was attempting to do what Kubrick did to Shelley Duvall during the filming of The Shining. But the legend of the notorious killer was also great and does deserve a closer look if Jordan is willing to go that far. And from what we’ve seen from him so far there’s no question that he’s willing to dig a little deeper.

The sequel did its best but kind of failed to deliver.

Both sequels in fact did a decent job of bringing the killer back but at the same time they just didn’t have the same punch as the first one. This is the problem with horror sequels, a lot of fans, myself included, will agree that they could be something great and could be a testament to a horror legend, but for some reason it’s as though the same effort just isn’t possible. Some fans might state that it’s because the first offered up so much that the bar was set too incredibly high. But a lot of times with sequels it’s simply seen that they’re inferior because they have to ride the coattails of the first movie. There are the occasional sequels that overshadow the original, but in horror this is pretty rare. The remake, if done right, won’t likely eclipse the original, but could very easily pay homage to it in one of the best ways.

If a remake does happen there’s hope we can see Tony Todd in some capacity again.

It just wouldn’t be Candyman without bringing Tony Todd back, as his voice and his presence helped to make the iconic killer what he was. It would be like making a Rocky movie without bringing Sylvester Stallone back but mentioning him all the same. Lord knows there might be a reboot or remake of the Rocky series in the future, but unless Sly’s there it just wouldn’t feel right. But that’s how this movie feels, Tony Todd has to make an appearance somewhere or it just doesn’t feel as though it would be complete. At this point in his career he’s getting a bit old to play the role and it sounds as though the part of Candyman has already been filled, but Todd needs to show up all the same just to show the fans that he’s involved in some way. One can only hope that Peele has already seen the need for this and is attempting to get Todd to agree, but there’s been no word as of yet concerning whether Todd will actually show up.