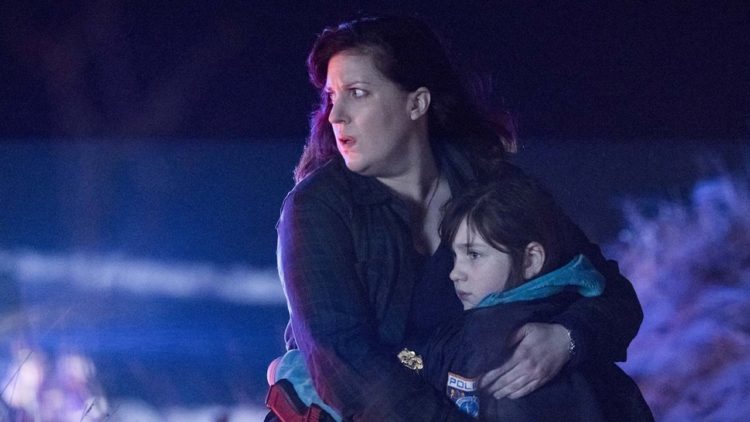 ‘Emergence’, the ABC Studios mystery-themed TV thriller, debuted in September 2019. Though the first season was captivating enough but will the second season be worth a chance in our screens? Most Definitely. Its storyline pitches a newly divorced police chief, a teenager with an interesting background and a series of twists and turns that blur the lines between real life and fiction. This has left most viewers craving for more. The series was initially produced to test the market for the Tuesday 10.00 pm slot. It has since experienced its fair share of productions launched and canceled after just a few episodes or after the first season. Viewers will be on the lookout for how ‘Emergence’ fares in the coming weeks. In this article, we discuss five reasons why the show ‘Emergence’ deserves another season.

1. The Captivating Storyline Could Turn Viewers into Raving Fans

Away from the more mundane TV scripts of housewives and betrayal, ‘Emergence’ has a refreshing storyline. A plane crashes and there is a lone survivor; a teenage girl. Upon getting the girl to the hospital, they discovered she had total memory loss. She had no clue who she was, where she was headed, her family, nothing. She draws a total blank. With no family to contact, police chief Jo Evans (Allison Tolman), in a moment of compassion, takes the girl home. Since the girl remembers nothing from her past, she adopts a new name Piper (Alexa Swinton). As with all crashes, an investigation begins and the police chief uncovers unusual clues. The cause of the crash appears to have a history that dates back as far back as 15 years. There were also unexplained electronic disturbances just before the aircraft crashed. The clues show the crash had a lot to do with the girl, Piper, who has unusual powers.

2. The Main Characters Have an Interesting Dynamic

The police chief, Jo Evans, has a daughter, Mia (Ashley Aufderheide), who is the same age as the rescued girl, Piper. The mother and daughter duo form a fast bond with Piper. The bond quickly turns to something entirely different as they realize that there are people who want to harm Piper. It seems there is more to the rescued girl than just the plane crash. It later emerges that Piper is not a human child, but an android operating on artificial intelligence. As the storyline unfolds, it becomes apparent that Piper is also a dangerous android. She has a deep contradiction. She is a self-evolving robot but is at the same time a young teenage girl who wants to be loved. Jo is taken with the young girl persona and only accepts Piper’s identity when the android falls “ill” and is cured through computer code. Jo is caught in the middle of something fascinating. As a cop, she should go after the criminal elements responsible for creating her charge. However, as a mother, her maternal instincts blind her to the extreme danger the girl poses to her and the rest of her human family.

3. Introduces the Prickly Topic of the Relationship Between Humans and Machines

This conflict between the reality of human emotion, love especially, and the cold nature of the artificial intelligence world sets a great stage to open up a prickly discussion. ‘Emergence,’ through reviews and talks by media analysts, has the potential to open up the discourse on the relationship between man and machine and turn it into a commonplace discussion. In the show, Jo, the police officer, shows the conflict between keeping an important secret and being an efficient investigator. However, the plot becomes even more interesting when it turns out, it is not just Jo that has a stake in the bot. Mia’s father, Alex Evans (Donald Faison) and Jo’s ex-husband works for the company that created the robot. Alex knows a lot about the potential danger the robot poses to his daughter and ex-wife. Alex is fired when the owner of the company he works for, Richard Kindred (Terry O’Quinn) discovers Alex’s ex-wife is investigating their involvement in the development of the robot. The tech firm has a very sinister agenda for creating Piper. This turn of events begs the question: is artificial intelligence as mundane as it seems? This would make for a good debate as the program continues.

4. Viewers Are Ready for A Surprise in This Time Slot

‘Emergence’ was slotted into the Tuesday 10.00 pm slot. ‘Lost’ was a long-time winner in this time slot. The show aired for a record 121 episodes from September 2004, to May 2010. By the time it went off the air, ‘Lost’ had an almost religious following with fans, memorabilia, and a ‘Lost’ ecosystem of fans. It received the lofty accolade of the “greatest television series of all times.” ABC has a long history of cancellations of productions in this segment after Lost. The list is impressive, and the cancellations after ‘Lost’ may just be a sign that viewer appreciation is of little consequence in deciding to keep the show running. The ‘Lost’ storyline had a supernatural and science fiction timbre, and it could be that this is the same magic ABC is reaching for with ‘Emergence.’ What are the odds of ‘Emergence’? Viewers are hoping there will be a new decision at ABC in regards to ‘Emergence.’

What is a show if the viewers do not enjoy it enough to turn into fans? ‘Emergence’ is getting great reviews from viewers. We hope this counts for something. Here is a quick sampling of just a few reviews from IMDB.

The only fly in the ‘Emergence’ proverbial ointment is the TV ratings, apart from reader reviews. TV develops its programming around a rate card provided by The Nielsen Company. To get sample data, the company enlists families as a test group. The family is then asked to keep track of how they view TV over a specified time. This data is used by stations to monitor and decide on shows. The important factor is that this data also affects advertising revenue. ‘Emergence’ has not fared well. They started on less than attractive ratings, as shown on TV Series Finale that offers show ratings in real-time. For ‘Emergence’, and into the close of 2019, the numbers continued to fall. There are viewers and then there are ratings. Who will ABC listen to?