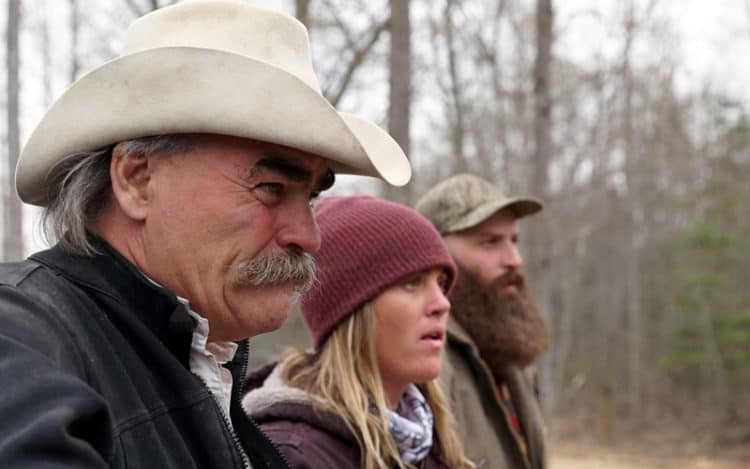 Reality television has slowly become one of the most-watched genres on television today. The genre being influenced by the necessity to follow the lives of its participants offers viewers an exclusive glance into the lives of the stars. There are very many reality shows on air today. Most of them center on the dramatic lives of the stars in them such as Keeping up with the Kardashians, The Real Housewives franchise and the Love and Hip Hop franchise as well. There is also a different branch of the genre that aims at impacting lives differently. Shows such as the Survivor, the Diesel Brothers, Extreme Makeover show and Homestead Rescue all have a different purpose. For the latter, their aim is to provide Americans with affordable housing and proper accommodation. These shows appeal to a wider audience since they seem authentic and as such have been around for long.

Here are some Reasons why Homestead Rescue might last forever:

1. The show focuses on obvious improvements

We have seen shows like these on air. A good example would have to be the Extreme Makeover: Home Edition show. The show sourced for people who had poor accommodations and transformed their houses into picturesque mansions and condos. While it was all glitz and glamour for all involved, the show was faced with backlash for providing its participants with over the top houses which they couldn’t afford in the long run. Most of the owners of the new luxurious homes ended up facing foreclosures due to their inability to keep up with the tripled or sometimes quadrupled utility bills and loans. For Homestead Rescue, however, everything is different. Marty Raney and his children don’t want to give their homeowners exaggerated houses. The trio only wants to help Americans obtain affordable houses and enable them to live off the grid. Due to the limited time allocated to the homesteads, the raneys had to focus on making adjustments and improvements that could be easily completed in a short time frame. According to us, the team focuses on repurposing materials so as to cut down on the costs which are in true homesteading fashion.

2. Marty Raney and his children are relatable

Unlike other makeover shows around where the hosts and half the crew are just television personalities, Marty Raney and his children are actually relatable. Raney has lived off-grid himself and understands what it takes to be able to live out in the wild away from civilization. His daughter Misty Raney is a farmer and his son Matt is a fisherman and a hunter as well. These trios’ capabilities and knowledge combined helps to make the show that much more interesting as each one of them provides input on their various areas of expertise.

Marty Raney not only has experience in living off-grid but also has experience in reality television. Raney was a contestant on Survivor Alaska and he was able to get a sense of how it feels to live in the wilderness. This plays a key role in seeing the Discovery Channel show gunner more viewership as viewers would want to see him exerting his skills acquired from the reality competition show on his own show.

While there is no denying that a little bit of scripting is done for reality shows to give viewers and audiences more drama and keep them glued, some take a different turn. Speaking to Reality Blurred, Marty Raney said that he was approached by Discovery Channel and was pitched a show where he got to build real houses for real people with real homes. Before accepting the gig, he stated that he wouldn’t take on the show if it wasn’t as authentic as it could be. Although he admits there are situations where it is scripted but he only argues that the scripting is controlled and producers aren’t allowed to go overboard with it. He further stated that Discovery Channel and Raw Productions were excited by the thought of a truly authentic reality makeover show and thought it was a wise move to take the channel back to its roots. While talking about how Homestead Rescue is produced Marty Raney stated that while the team accesses the houses first while obtaining permits and what-nots, he and his children get to the site just like the viewers. He doesn’t get a hint of what his next project would look like until he arrives at the location and he likes the organic and authentic challenge that gives.

Marty Raney said that in his various challenges he sometimes meets new homeowners who are trying to live the simple life. He states that these are the most interesting kind and he gets a chance to show them what it means to own a home away from the life they are used to and he doesn’t resort to shouting or discriminating against them. This provides viewers with a chance to see a soft side to Marty Raney.

What is the show Homestead Rescue all about?

Homestead Rescue, as the name suggests, is a reality show with a core and impressive cast of a father and his 2 children that seeks to provide families looking to live an idyllic and simple off the grid lives with all the help they need to turn their struggling homestead in the wild into amazing success stories. The cast of the show, Marty, Misty, and Matt Raney want to show everyone that homesteading is all about being self-sufficient and that you can still get access to renewable power, and sustainable agriculture while still living successfully away from the modern life.

Homestead Rescue could enjoy a long run on television because of its relatability and authenticity. Unlike other makeover shows, Marty and his kids equip homesteaders with the relevant skills on how to deal with living the scaled-down life. At the end of each season, the homesteaders are always provided with the choice of returning to civilization if they find themselves in over their heads and unable to manage to live in the wild. This provides a fresh twist to the whole makeover situations where families are always left on their own once the cameras stop rolling. Homestead Rescue is available for streaming on Discovery Channel.