Home
TV News
Why Was Sneaky Pete Canceled on Amazon? 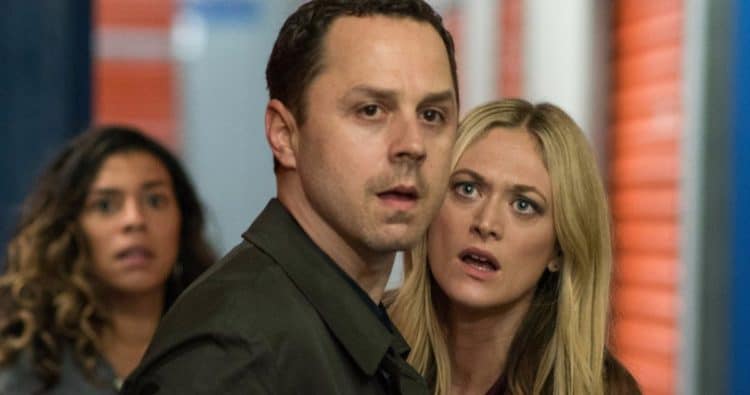 Sneaky Pete is a crime drama series starring Giovanni Ribisi in the lead role of a released convict who takes on his cell mate’s identity in order to get away from his past life. The series was originally created for CBS by Dave Shore and Bryan Cranston. The series pilot was aired in August 2015 and was followed by the first season of the series.

It was picked up a month later by Amazon but was delayed when Shore left the series and was replaced by Graham Yost as the showrunner. The first season was then premiered in its entirety on Amazon Video in January 2017. Amazon renewed it for a second season, which was released in March 2018 and then for the third season, which was released in May 2019. In early June 2019, Amazon announced that they had canceled the series after just three seasons, says TV Line. For many fans of the series, this was surprising news as they had expected many more seasons to follow. So, for what reasons did Amazon choose not to renew the series for a fourth season?

Many people are surprised to learn that Sneaky Pete has been canceled as it had all the makings for a successful series. Yost was an excellent choice as a producer as he has extensive experience in the film industry. He is best known as the creator of FX’s ‘Justified’. The Canadian filmmaker had also written ‘Speed’ and ‘Speed 2: Cruise Control’. Furthermore, he was the executive producer of the FX series ‘The Americans’, says ScreenRant. Yost successfully led the cast and crew through the first two seasons of the series.

The strong cast was something else that gave this series good potential. Starring alongside Ribisi were Margo Martindale, Libe Barer, Shane McRae, and Marin Ireland. Furthermore, the series had received positive reviews from critics and viewers alike. Since Amazon announced that they were canceling the series, they have not given an official reason that the series has come to an end. Of course, this has led to a lot of speculation about the reasons behind the decision.

Some have suggested that Yost leaving at the end of season two was the beginning of the end for the series. Yost was replaced by Blake Masters and a new producing team for season three. The changes to production may possibly have contributed to the drop in viewing figures that the series experienced in season three. Despite being Amazon’s number one watched show, the figures were still low compared to previous seasons and this is potentially the reason why Amazon decided to drop the series.

The reduced viewing figures seem a little strange, considering that the series stars Ribisi, who is a well-established and popular actor. Although he has had roles in many films, he had slipped a little under the radar in recent years, so perhaps this made a difference to people wanting to watch Sneaky Pete. Another theory put forward for why Amazon is not renewing the series is that Amazon is following in a much-criticized trend amongst streamers to cancel series early in their run. This is something that competitor Netflix has come under fire for in recent months.

Streamers are complaining that streaming services are canceling series too soon, just when subscribers are beginning to connect with a series. Instead of continuing with a series and allowing it to become a long-running title, the major streaming services are dropping series after just a few seasons and replacing them with something new in the hope of attracting new subscribers.

According to The Hollywood Reporter, it is possible that Amazon is doing the same. The website recently conducted a survey, and their results showed that just seven percent of the scripted Amazon originals series ran for more than three seasons. Therefore, Sneaky Pete has only had the same fate as the majority of Amazon series. Therefore, the demise is not that surprising at all as it is in line with the current trends of the streaming service.

Sneaky Pete is not the only series that Amazon has pulled the plug on in recent months. In fact, it appears that Amazon is going through a culling period. Other series that have come to a sudden and unexpected end include ‘Mozart in the Jungle’, The Man in the High Castle’, ‘The Tick’, ‘Dangerous Book for Boys’, and ‘Electric Dreams’.

With so many series ending, it is an opportunity for Amazon to make a push for some broader-focused series, which is something that they have stated they intend to do soon. The hope is that this will attract a more diverse group of people using the streaming service regularly, thus increasing viewing figures for their originals and all the other content they stream.

Some of the recent additions to their scripted roster include ‘The Marvelous Mrs. Maisel’, ‘Homecoming’, ‘Fleabag’, ‘Good Omens’, ‘Jack Ryan’, ‘Carnival Row’, ‘Hannah’, ‘The Boys’, ‘The Expanse’, and ‘Goliath’. Furthermore, they have made a $250 million bid on ‘The Lord of the Rings’. Now that Sneaky Pete has come to an end, fans of the series lead actor Giovanni Ribisi may wonder what is next for the actor. Well, his fans need not worry about the stars acting career just yet as he already has a busy schedule lined up for the next few years.

In the 2009 epic science fiction film ‘Avatar’, Ribisi played the role of Parker Selfridge. He has agreed to reprise the role in the upcoming sequels. ‘Avatar 2′ is set for release in 2021, while ‘Avatar 3′ is set for release in 2023. Ribisi may even find time to fit in a few television roles between now and then, though he has not confirmed his future plans. If you were a fan of the first two seasons of Sneaky Pete and have yet to see the third season, it is still able to stream on Amazon Video.