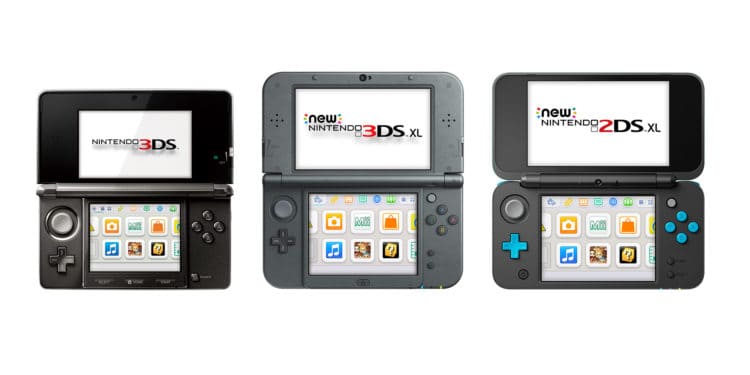 Here’s the thing, the Nintendo Switch is all about being a middle-man console with an option to swap between handheld and portable, or docked and powerful. This is great and all, but when the Switch is in handheld mode, it is really all that portable? Unless you’re throwing it in a bag, or maybe you have some really big cargo shorts or something, the answer is generally going to be no. The Nintendo Switch can absolutely not comfortably fit in a player’s pocket, which kind of defeats the entire purpose of the portable nature of the console. Every single DS (except the original 2DS) was designed so that it could easily fit in anyone’s pocket. They all had two screens that flipped open like a book when you wanted to use it, and folded down, condensing it to save room and allow for an easy fit in your pocket. This was when local multiplayer gaming was at its absolute peak – when you and a couple of friends could hang out after school and battle it out in Pokemon, or race each other in Mario Kart, or any of the other hundreds of games that were available for these systems. After you were done, you could just pack it up, throw it in your pocket, and be ready to go. Nowadays, you can’t do that with a Switch – you just can’t. It’s too big to realistically fit in anyone’s pocket and it just doesn’t make any sense to lug it around anywhere outside of a backpack.

A big issue that I have with the Nintendo Switch is the fact that you can’t emulate a DS on it, even when it’s in the dock, when you have two screens that could very easily be used as a mock DS system. Maybe that’s a bit extreme, but I still feel like it would very easily be doable! My point is, if you wanted to play games like Pokemon Omega Ruby, New Super Mario Bros, or Animal Crossing: New Leaf, you’re just entirely out of luck unless you happen to have one of those devices, because Nintendo has stopped producing them, and it’s hard to find these consoles through other markets. All I want to do is be able to play all of my Nintendo games on one system – that’s it. So, maybe this isn’t necessarily a point for a new DS, but at least allow us to play 3DS games on the next Switch, please?

Every kid that I knew growing up had a DS, and while I didn’t get one for a little while after everyone else, I still grew up with systems like the Gameboy Advance and the Nintendo DS Lite, so the lineup of DS consoles mean a lot to me and a whole lot of other people around the world. I understand that this isn’t a real financially stable reasoning to produce an entirely new line of DS systems, but it would be a nice throwback to the good old days if Nintendo did give it at least one last go.

For the most part, I really just want a new Nintendo DS system that can play all of the games that I want to play (pretty much just every Pokemon game ever made), and I want to be able to shove that system in my pocket and take it with me wherever I go. This is the biggest issue that I have with the Switch, is the fact that it really isn’t all that portable unless you’re taking a bag with you somewhere, because you’re not going to be carrying the thing in your hand wherever you go. If Nintendo doesn’t want to make a new DS (and I’m sure they won’t, but I could be wrong someday), I would be happy with a Switch that can at least fit in my pocket in one way or another.