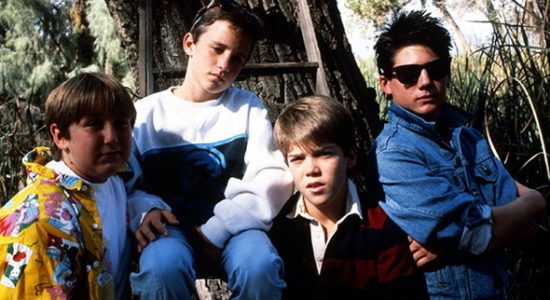 The 80s have become a great source for original movies that can be remade or rebooted. You’ve got movies such as Ghostbusters, The Karate Kid, The Fog, Robocop, Footloose, and so many others that have been revisited in this century–sometimes not for the better. The 80s is such an iconic decade. It’s no wonder so many artists are looking at it for inspiration. But if there were one movie we’d like to see in this lifetime, it would have to be a sequel to the 1987 classic, The Monster Squad. Here are a few reasons why we’d love to see a sequel to this 80s hit.

We really would just love to see how monsters have evolved from 1987 to now. The original film showed us quite a few classic (albeit, tacky) monsters the squad had to deal with. But now, people can get so much more creative. This article even states how previous interest in the film included the possibility of the squad dealing with Godzilla. That would’ve been a serious sell, but there are so many other monster possibilities that could be put into film today. For instance, a zombie twist would be interesting or maybe even Freddy Krueger. It would also be interesting to see the squad take down the Demagorgon from Stranger Things, Pennywise from It, or even that scary girl that liked to cross over TV screens.

Nobody really watches 80s movies for the special effects. Most people watch old films for nostalgia or just for the stories themselves. The original Monster Squad film didn’t do half-bad for the tech that they had back then. But movie effects have gone leaps and bounds over the last couple of decades that it would be interesting to see the sequel to the story with today’s CGI technology. It’s easy to imagine how the original movie would’ve looked like if it were done today, but there’s really no need to relive that storyline anymore.

Speaking of stories, there are so many ways the sequel could play out when it comes to the telling of the story. The original film featured a group of friends that were obsessed with monsters. That same group ended up saving their town from the dreaded Count and his monster friends. We’d like to see a sequel that maybe plays on the old characters somehow. Maybe a new monster squad may have formed out of the children of the old characters–now all grown up. It has been over thirty years now, after all. Or maybe, we can just see one of the original characters forming a new group of young teens to fight the same old monsters. That’s still a good play. Still, the sequel could go a completely different direction a la Power Rangers and do an entirely new story with all new faces. There certainly isn’t any need to see any of the old characters return. This old review from the Washington Post basically sums up what those characters were like at the end of the day: a mixture of monster film bad acting that’s probably not needed today.

So the original film was a simple horror comedy. The movie actually didn’t make any money when it first came out because of how bad people thought it was. However, over the years the film began to collect a steady fan base. The movie eventually became a cult 80s classic after some years. If this movie were to be remade today, we’d like to see it go the direction of a full horror film. We’ll take notes from the success of horror films and shows today. People are just drawn to horror, especially now that the effects are kind of insane. Let’s just think about the success of the horror movie It or the TV show Supernatural. Supernatural deals with all sorts of demons and monsters–much in line with Monster Squad. Then there’s also the success of the Netflix show Stranger Things, which has an Easter egg-filled script overflowing with 80s references in an 80s setting. It’s a huge hit, and there’s one reason why: the 80s are awesome. So a completely horrific 80s Monster Squad movie sequel would just be a terrific film to watch. But we’ll also take it regardless of what era it happens in.

Shane Black has come an extremely long way since his Monster Squad days. In this article from Screenrant, he even admits himself how horribly the movie did given that it was the first script he’s ever written. But after that film, Black has redeemed himself in so many ways. He’s gone on to write and direct many blockbuster films including Lethal Weapon (which also happened to have been released the same year as Monster Squad), Iron Man 3, The Nice Guys, and The Predator among a few others. Black is considered to be one of the most talented and revolutionary action screenwriters of our time. Of course, we’d love to give him a second go at his first ever script. We can only imagine what he can do now given how much he’s grown in his career.

As much as it’s become a cult classic today, still, not a lot of people know about Monster Squad. If the sequel were to be played today, most people wouldn’t recognize that it was actually done before. We believe that these are exactly the types of films that should be remade and not ones that have had success before. While the movie bombed when it was released, it has a lot of good bones. It could be true that the market was just not ready for something that was way ahead of its time. Monster Squad fits more into our culture today with our obsessions with vampires, werewolves, and all. Kids fighting monsters is no longer a novel idea, but that’s exactly why a Monster Squad sequel would work today. It’ll just fit right in where it didn’t before. We’d imagine it’ll be like Netflix and chilling–comfortable and familiar.