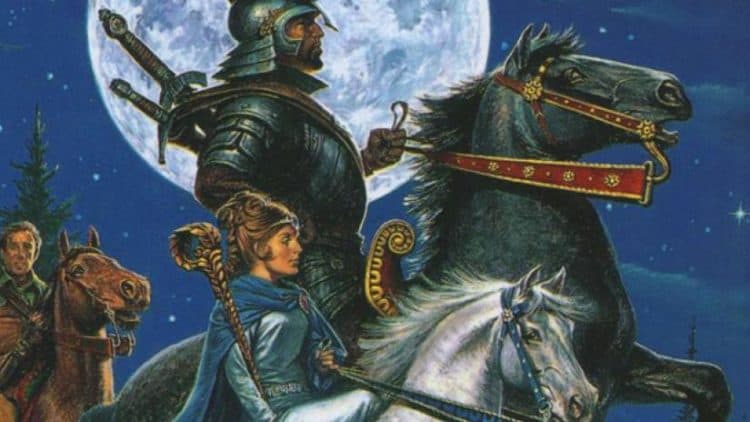 In instances like this it seems as though Hollywood might actually be paying attention to those that state that they want to see new ideas hit the screen instead of the same old regurgitated material that’s been rebooted and remade so many different times. Plus, the Wheel of Time series is one that people have been going on and on about for years now since there are so many books in the series and enough material to keep the story running for season upon season. How it will turn out is anyone’s guess, but we’ll be watching the series on Amazon all the same since it’s simply great enough to think that someone was finally listening when people started asking for other stories to be developed.

The only downside that can be seen at this point is that any movie or show that comes directly from a book tends to falter in many ways since not only is there typically more material than a series or movie can take on, but the director will often have their own take on things that contradicts with a key moment in the book and therefore creates a type of conflict that is all too noticeable. If you think back to the recent emergence of The Shannara Chronicles you shouldn’t have any trouble noticing that while the series wasn’t entirely horrible it also deviated quite a bit from the books in many ways for reasons that were explained but still not understood. The cast was comprised of little-known actors save for a few of them that had been around for a while and in many ways it truly angered a lot of loyal fans. The hope in this instance is that the director of this series will be able to stick largely to the source material and thereby keep the integrity of the story. If there’s one thing that angers fans and insures that they’ll stop watching eventually it’s messing with the story in a profound way. The Shannara Chronicles did this quite a bit and unfortunately once the story got away from the books people simply didn’t like it. Plus, the lack of development that went into the characters was kind of off-putting since the tale of Shannara was something that many fantasy fans followed from the first book all the way to the most current (hand raised), and have enjoyed immensely.

In truth the Wheel of Time saga is much the same when it comes to the fans since quite honestly these books have been fully enjoyed by the fans for years and have created a great amount of discussion among fantasy fans as to whether or not they would ever see them in a different medium. This kind of gives hope that one of these days we’ll hit another fantasy trend on the big screen and we’ll start seeing a few other stories that people have been following for years. At this time Joseph Baxter from Den of Geek! has shown that one actor, Rosamund Pike, has been named as the female lead of the story, though it remains to be seen who else is going to round out the cast. One thing you can imagine though is that this is going to be a very big show and the scope of the world being created should hopefully be something that will rival Game of Thrones at the very least. That might seem ambitious but if you want the honest to goodness truth the bar has been set very high when it comes to fantasy and as a rule a lot of shows and movies are going to have to come within sight of the bar at least to have any chance with fans that have been groomed to expect a great deal from their entertainment.

To be fair the series will probably be best to those that haven’t read the books since quite honestly it can be a great deal easier to get into a movie or a series if you don’t have the high expectations that a devoted fan might simply going into it. Think about shows like The Walking Dead, the Chronicles of Shannara, or any other show or movie that’s been based off of a book. People that have read the books walk in thinking they know everything that’s going to happen, and the moment that something different occurs they tend to throw miniature fit or at the very least act surprised because they had no idea that things were going to be switched up in a manner that they didn’t expect. Needless to say if you decide to tune in to the Wheel of Time series on Amazon when it arrives go in without the lofty expectations that you might harbor, as it could help you enjoy the show a bit more. At this time there’s been no release date set, but hopefully we’ll be updated soon.