Home
Anime
Why You Should Be Watching Vinland Saga 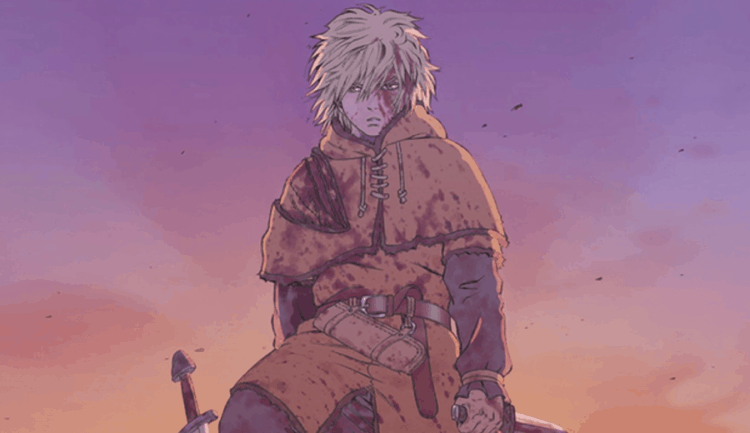 There are some people who associate anime with a single genre. However, it is important to remember that anime is a medium rather than a genre, meaning that it encompasses a wide range of works in a wide range of genres. This can be seen in how an anime is sometimes called either shonen, seinen, shojo, or josei in one classification system (https://kotaku.com/how-to-identify-the-basic-types-of-anime-and-manga-1538285518), which is based on the kind of people who are meant to consume this particular piece of entertainment. For those who are curious, shonen is aimed at teenage boys, seinen is aimed at adult men, shojo is aimed at teenage girls, and josei is aimed at adult women. As such, it should come as no surprise to learn that a seinen anime such as Vinland Saga can be very different from the shonen anime that a lot of people in the English-speaking world are more familiar with.

Generally speaking, seinen anime is more mature in nature. However, what mature means can see a fair amount of variation from anime to anime. Sometimes, it means that the anime incorporates more sex and more violence. Other times, it means that the anime has more of a focus on politics, human relationships, and other topics that resonate more with adult men than with teenage boys, though whether it can handle them well is a whole other issue. In any case, Vinland Saga is a good example of a seinen anime that has something interesting to say while still being very watchable for people who care more about action than the thoughts that drive action. Here are some of the reasons to watch Vinland Saga:

People in the English-speaking world love vikings. Perhaps this is because they feel some kind of connection with them, which isn’t wholly unreasonable because Anglo-Saxon England was one of the places that had extensive interactions with the Norse. However, why people in the English-speaking world love vikings isn’t as important as the fact that they do. Something that should be considered relevant because Vinland Saga is very much focused on Norse characters.

Vikings were raiders. As such, they preferred hitting rich, relatively unprotected targets, which is why a lot of them made a beeline for Christian monasteries. In contrast, vikings avoided better-protected targets because it made no sense for them to get into actual fights that could get them hurt or killed.

Over time, vikings had a disastrous effect on the places that they raided. They couldn’t take better protected places but their clever use of their longboats meant that local authorities struggled to stop their raiding, which had wholly predictable effects on their real power. In time, this emboldened the Norse, with the result that those who were once raiders became conquerors instead. One excellent example would be Cnut the Great, who ruled the North Sea Empire that consisted of England, Denmark, and Norway.

Vinland Saga is unusual in that it covers the part of history in which the Norse had become conquerors rather than raiders. However, it is also unusual for another reason, which can be seen in its name. For those who are unfamiliar, Vinland was the part of North America that was known to the Norse, situated in what are now Canada’s Maritime provinces. We know that the Norse settled in the region before leaving. However, much remains unknown about their reasons for doing so, thus making the whole thing a mystery that is still subject to much interest and thus much speculation.

Doesn’t Shy Away From Unpleasant Facts

Speaking bluntly, history can be pretty nasty. As a result, it is very common for historical fiction to make things more palatable for interested individuals in one way or another. For example, there are a lot of protagonists in historical fiction who have very modern views on a wide range of subjects, which isn’t necessarily impossible because people have always had a wide range of opinions but is nonetheless not very plausible. Likewise, there is also plenty of historical fiction that chooses to just brush over such unpleasant facts for one reason or another.

It would be exaggerating to say that Vinland Saga is a perfectly faithful depiction of the history that it covers. However, it is interesting in that it doesn’t shy away from what its characters are doing. For example, it doesn’t gloss over the effect that the Norse are having on the Anglo-Saxons who are being conquered. Likewise, when the subject of slavery comes up, it makes it very clear that a good-natured slaveowner does not erase the injustices that are inherent to the institution, which is fundamentally evil.

However, that isn’t the case in Vinland Saga. Instead, more than one of its characters are either capable of seeing beyond the immediate situation or become capable of seeing beyond the immediate situation in which they find themselves, which has a huge effect on who they are as people as well as who they hope to become as people. Moreover, this isn’t limited to the main character, but can be found in other important characters as well, thus making for a much richer narrative overall.

On the whole, Vinland Saga is a solid show. It is grounded in historical occurrences. However, it is more than willing to stray from what is know when it wants to do its own thing, which isn’t necessarily good but is handled with sufficient competence to make it good in this particular case. For people who love action, they can expect to find plenty of it in Vinland Saga, which is wholly unsurprising when it is so focused on a period in which the Norse were taking over Anglo-Saxon England. With that said, people who want something more to their stories than just action can find that as well because beneath the exterior, Vinland Saga is a lot more thoughtful than what most people would expect.