Home
TV News
Will We Ever See Another Episode of “The Last Alaskans?’ 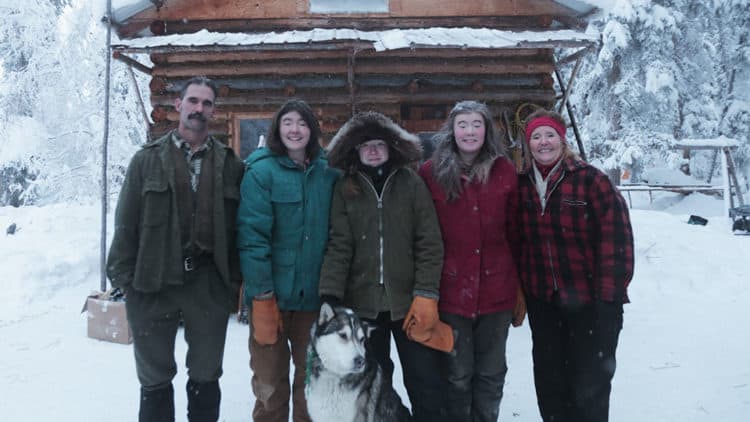 There are so many things that have to line up to ensure that running televisions shows continue to run. While the need for high ratings is a must, having exceptional ratings is not enough. Sometimes one of the cast members can do something to throw a wrench in the program.Â  A good example of this are the recent issues associated with the Roseanne reboot. Another show that seems to be in limbo right now is “The Last Alaskans.” While the show has a large fanbase, it lost one of its stars with the passing of Bob Harte in 2017.

Bob Harte quickly became a fan favorite as he battled cancer. Unfortunately, in 2017, Bob lost his long-fought battle with cancer, leaving a lot of questions as to the future of the show. There was initial speculation that Harte’s passing meant the end of the show; however, there are some sources that suggest that the show will be returning at some point in 2018.

The Last Alaskans first hit the airwaves in 2015, and the show has completed three seasons since then. Up to this point, there is still no return date set in stone, which is leaving a lot of loyal fans of the show a bit restless. Based on the normal schedule that the show was on, it should have returned somewhere between mid-March and the end of May, but there has been nothing. In addition to not having a return date on deck, the silence from the network at to the state of the show is unnerving as well.

According to Reality Blurred, a spokesperson for Disney has confirmed that the show has not been canceled and it will return in the final quarter of the calendar year. Additionally, the spokesperson alluded to the fact that fan favorite, Bob Harte’s passing actually took place during the shooting of the fourth season and it would be left in as a part of the season. None of this information has been confirmed by any other sources, so we will just have to wait and see on this.

Some other things viewers must consider is the interruption to chemistry. When you lose a star of your cast abruptly, it can easily disrupt the chemistry of the cast. While showrunners and producers can often make the necessary moves to rebuild or renew chemistry on the set, it can be a bit more challenging on reality shows that attempt to look for as much authentic content as possible. When the writers write the entire script, and the cast performs it, producers and writers have more control over the flow and the chemistry, but the reality element makes it challenging.

Harte had left the show during his battle with cancer, and shortly after returning he succumbs to the disease. It is certain that there will be mixed fillings by the fans if they decide to include his passing as a part of the storyline of the season.

With the new return date set in the final quarter of the year, the show will air toward the end of fall and the beginning of winter. With the exception to the absence of Bob, most of the faces that fans will see are familiar ones, including Edna Korth, Tyler and Ashley Selden, and Heimo. The fact that no new occupation is allowed in the area where the show is shot means that the dynamics are limited. There is the possibility that others who are part of the existing population may be willing to join the show.

It is the exclusivity in this area that makes the show. The fact that there is no new settlers or occupants allow means that the people on this show may very will be the last Alaskans in that particular area. Will the show run long enough to see hows this plays out? Probably not, but it does give its fans a lot to think about when watching. The most of us never have to worry about being the last people to live in a particular area, so this is a peek inside an alien concept. If everything plays out the way that industry experts are suggesting, there should be at least one more season of the show kicking off before the end of 2018. How well this next season does will determine if the show still has its allure and deserves a fifth season.