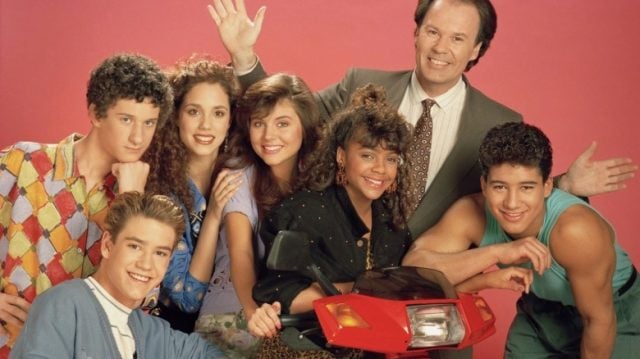 If you were under the age of 18 in the late ‘80s and early ‘90s, it’s highly likely that you were a fan of the hit TV sitcom Saved by the Bell. Nestled in with NBC’s Saturday morning cartoons for several years, it was the squeaky clean, utterly hokey, diamond in the rough of an episodic comedy about the ins and outs of high school life. But it wasn’t about just any old high school, though – Saved by the Bell took place at Bayside High School, an amalgam of every bad California stereotype, bad high school stereotype, and bad teen stereotype.

It was cheesy, it was earnest to a fault, and it was obviously produced on the cheap, but audiences absolutely ate it up. It ran for four full seasons, with a total of 86 episodes and two made for TV movies, and was even named one of the 20 all time best TV shows about school by AOL TV. There was a soundtrack, a few dozen young adult novels, and even an attempt at a Saved by the Bell comic book. For a few years, the show was a television juggernaut, and anything even remotely tied to it brought in fans.

The truth is that Saved by the Bell was very much a product of its time – and that time is long gone. The idea of a reboot has been kicked around Hollywood for over a decade, and it’s just not happening. As fans of this much beloved show, we need to face the stark reality before us: there will never be a show like Saved by the Bell again. Here’s why.

The Characters Were Caricatures

There were seven main characters on Saved by the Bell: Zack Morris, AC Slater, Screech Powers, Kelly Kapowski, Jessie Spano, Lisa Turtle, and Principal Richard Belding. They made for good sitcom characters, but they were drawn with the broadest strokes possible in an effort to capture the stereotypical preppy stud, jock, nerd, pretty girl, smart girl, quirky girl, and bumbling principal. They were one dimensional, and while they were entertaining at the time, they just weren’t very realistic.

Today’s audiences are far too media savvy to buy into a show about popular, attractive, stereotypical kids and their innocent but dumb hijinks. The ordinary high school kids, the moderately studious kids who get B’s and C’s, the artsy kids, the goth kids, the total burnouts – none of them are in this show (or if they are, they’re in such trivial roles that they really don’t matter).

What’s more, the tightness of the Saved by the Bell friend circle is utterly unbelievable. Those kids just don’t hang out together, and while audiences in the late ‘80s and early ‘90s may have let that slides, audiences these days are a lot less willing to be OK with that. It would never work today. 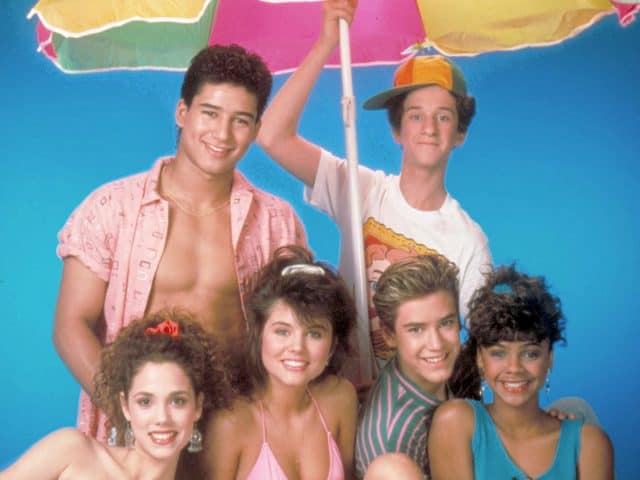 The Sets Were Terrible

Saved by the Bell didn’t bother to hide the fact that it was a low budget show, and its sets were perhaps the most low budget of all. Let’s see: there was the hallway with the lockers, the generic classroom, maybe a few other locations around Bayside High, and of course, The Max coffeeshop/hangout. They were totally dumbed down and simple, and they looked like bad stage sets from a high school play. Even in the 1980s and ‘90s, audiences knew they were terrible, but they apparently took it in stride. Today’s audiences would flip the channel.

The Storylines Were Simplistic

Shows like Saved by the Bell (and a lot of other 1980s sitcoms, to be honest) tended to trivialize problems by stuffing them into the storyline of a single episode. Perhaps the best example of this was the Saved by the Bell episode in which smart girl character Jessie Spano gets herself addicted to caffeine pills. You have to give the show credit for attempting to tackle a real and serious issue, but let’s be honest: an addiction issue or drug problem isn’t a story arc that can be successfully and satisfactorily presented, addressed, and resolved in a mere 22 minutes.

In fact, that episode turned drug addiction into more of a joke than anything. Jessie has a breakdown toward the end of the episode in which she repeatedly yells, “I’m so excited!” and now, if you ask any Gen Xer what they remember about Saved by the Bell, chances are pretty good that it’s this scene. Oh, and they don’t remember it as a serious warning to stay away from caffeine pills – they remember it as being hilarious. That’s probably not how an issue like this should be remembered.

Saved by the Bell was meant to offer viewers about a half hour of mindless entertainment. The focus was on goofy jokes and attractive teenagers – it was all surface, and there wasn’t much emphasis on high quality production values. Each show’s storyline wrapped up neatly by the time the credits rolled over that visual hodge podge of 1980s squiggles and neon.

Shows today, however, often focus on larger narratives that continue through several episodes or even a whole season, rather than exclusively concentrating on mini storylines in individual episodes. Plus, set-based shows just aren’t as popular these days as location-based shows. Remote production costs have come down substantially since the 1980s, making it much less expensive to shoot off-set.

And then there’s Netflix, video on demand, and our newfound tendency to binge watch an entire series rather than wait an entire week for a new episode. In fact, Saturday Morning Cartoons are all but a thing of the past on the major networks – why waste valuable air time with fun animation when networks can show programming that appeals to grown ups?

Bayside Tigers, We Hardly Knew You

Television shows are a reflection of the social climate during which they are made, and Saved by the Bell fits squarely in the 1980s and 1990s. We can’t go back to those decades, and we can’t become the less sophisticated audience we were then. It may be sad for some fans, but there will never be another show like Saved by the Bell. It’s fun to watch reruns and feel nostalgic, but if you’re looking for a quality reboot or update on the classic series, forget it. It’s just not happening.