Home
Anime
Will We Ever See a Shokugeki no Soma Season 4? 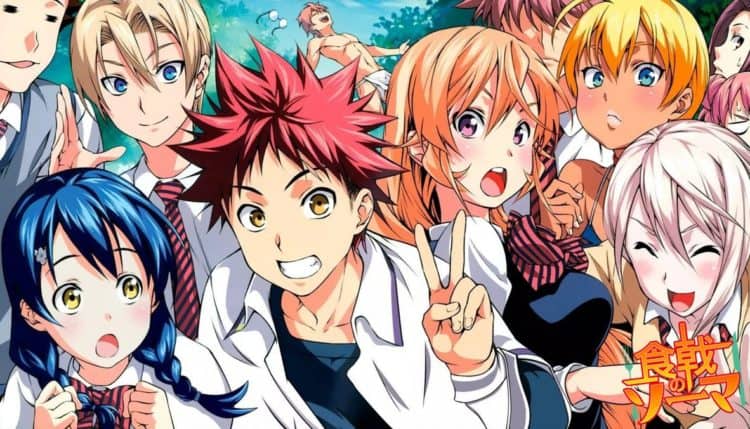 Shokugeki no Soma is a Netflix series that has been created by Yuto Tsukuda and is also known as Food Wars. The anime series is about the life of a young chef named Soma Yukihira, who aspired to become skilled enough to lead the food team at his family’s diner. When the diner closes, he is instructed by his father to attend a cooking school where the elitism and difficulty of the courses result in a one percent graduation rate. It’s about challenges and rising to them as Soma must do better than all other chefs standing in his way.

What do we know about Season 4 so far?

We know that it’s going to be a while before the fourth season is going to be released to Netflix. There have been dozens of announcements giving us teasers about the fourth season, but none of them are ever able to give a definite release date that is verifiable. While it would be nice to have a solid date to shoot for, the rumor is that it is set to be released sometime in the middle of 2019. This is still a long way out but it does offer some time to develop a few theories.

Since the focus has been heavily upon Soma and Erina for the first 3 seasons, it makes sense that the writers would attempt to start developing the other characters a little more. This doesn’t mean that the spotlight will be moving off the two main characters, but most would agree that in order to give the story more depth, we’ll learn more about the others in a way that makes them more interesting and ties the plot together.

A repeat in the same patterns

We’re certain that the fourth season is going to feature Soma continuing to face one challenge after another. He’ll make progress in his skill development, but it’s likely that he’s going to win a few as well as lose a few. The competition is going to be stiff, and we wouldn’t have it any other way. It’s doubtful that there will be a big departure from the previous three seasons thematically, but it would be nice if there were a few new characters introduced and if we could get to know more about the others.

One place that you can learn more is the Mangas. They’re already developed up to the 29th installment, but they’ve not yet been translated into English. It’s possible to access them if you don’t mind receiving a major spoiler alert. The translation process has proceeded to volume 24, or so we’re told.

What is it going to be about?

Season 4 is likely about the growth of the characters other than Soma and Erina. They have been the focal point up until now and it’s time to more fully develop them. We know that Erina and Soma have a slowly evolving relationship going on. We see trouble ahead for Tadokoro and Soma over this. Of course, the writers could surprise us all and that would truly come as no shock. They’re building a lot of anticipation by keeping the translation process slow.

What is your preference?

Are you one of those fans who is just dying to know what the next season is going to bring, or do you enjoy the buildup of suspense? For those of you who have gone on YouTube looking for a Season 4 trailer, you’ll find them billed as such, but they’re actually from season 3. We know because we’ve tried it too. We’re waiting along with the rest of you with our ears to the ground. Hopefully, a new trailer will be released at some time in the near future.

As of right now, the best that we can offer is that the rumors have it that we’ll see the new season come out in June of 2019 and we expect a trailer to be released about 5 or 6 months prior to the new release. This may be wishful thinking on the part of theorists who have their hands full projecting a possible release date. It’s almost as complicated as trying to figure out which direction the anime is going to take with the next go round.