Home
Entertainment
Will We Ever See Michael B. Jordan as Superman? 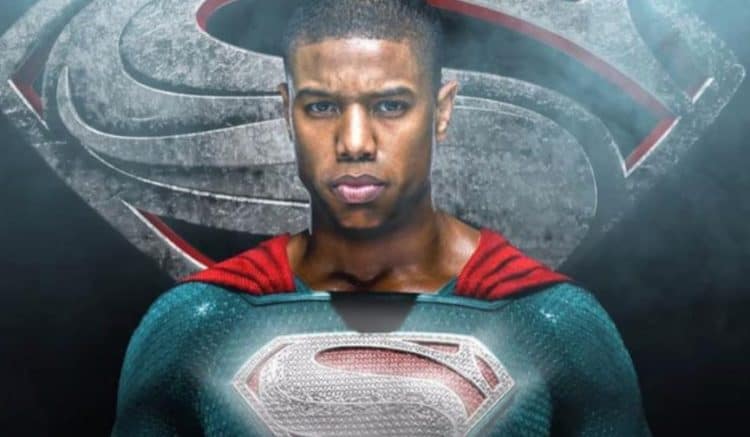 Gender-swapping, race-swapping, it’s all become a massive headache for some people when you consider that everyone wants in on the most popular roles that could possibly get them even more attention and fame. But putting up Michael B. Jordan as Superman is dividing people just as surely as the issue with Ariel in The Little Mermaid being given over to a young black woman. Personally I don’t care, if the actor is good enough at what they do and can make the part work, then so be it. The story is the most important part and wrapping your head around this is simply too difficult for some people. As someone that enjoys seeing more source material actually being adhered to this is likely a bit odd to hear, but the story is still the most important part, and as such one should be able to put just about anyone in at any role, within reason, as long as it can advance the overall story. As Jeremy Dick of MovieWeb has stated though it would appear that Jordan isn’t even certain that he wants to commit to the movie yet since the soonest we’d be able to see this happen would be in 2023. It seems as though a Supergirl movie would be first in line and apart from that there’s still a belief that Henry Cavill might want to take up the part again. Fine, there’s definitely a way to compromise and get both if the studio is willing to make it happen.

With the idea of infinite earths being a possibility it’s always feasible to state that Jordan’s Superman, same name possibly and same origin, comes from a different earth. And why not? The CW’s crossover is bringing back Tom Welling and Brandon Routh to the mix for a short time, so it’s always possible to bring back a Superman that was born a different color and was from a different culture. Keeping Superman white is something that many people might clamor for since this is how he was introduced back in the day and this is how they want to see him portrayed. Some might want to argue that it’s an attempt to appropriate something that didn’t belong to black culture in the first place and is being pushed to further an agenda that is bound to anger some folks. In truth, who cares? Look at The Dark Tower, a story about a white gunslinger from an alternate world, Roland of Gilead was turned into a black man for the purpose of the movie and despite the movie being horrible due to haphazard dialogue and the fact that the story was ripped to pieces, Idris Elba was great. Like I said, push the story forward, make the story into something great, and it doesn’t matter what color the lead actor is. Some might go after Jordan for his talent however, looking past his skin color and deciding to state that he isn’t the right fit because of the intense attitude he brings, and that might actually be a better argument.

Even when he’s being calm and composed in his character Jordan still has the kind of forward and rather aggressive attitude that doesn’t seem to fit what people are expecting from the man of steel all the time. Can you see Clark Kent, if they did keep the name, being anything but a kind of nervy and nerdy individual? Seeing Clark as a confident and very forward person might be kind of hard to swallow, but that’s usually how Jordan plays his characters. Asking him to to take it down a few notches might actually be kind of difficult since his acting dial seems to be set to ON at most times when he’s on screen. Seeing him vulnerable in any way is possible but it also seems as though he’s still going to be ready to hit the default button at any second. He’s been a good actor for what he’s done thus far, but Superman is a role that takes on more than just the strong and forthright character that wears the suit, he also has to be the unassuming and somewhat docile version of Clark Kent as well, though if we’re being honest here Henry Cavill had trouble pulling that off as well since the guy is built like a brick outhouse and doesn’t do meek either. Christopher Reeve and Brandon Routh were able to accomplish that part perfectly, though Reeve was also able to switch to Superman pretty easily while Routh wasn’t quite as convincing.

All in all Michael B. Jordan might actually be an interesting choice for Superman. Would he be the right choice? I kind of don’t think so mostly due to his acting talents, but perhaps as Green Lantern he’d be fun to see, or maybe even Cyborg. The aggressive quality his characters have just don’t seem one hundred percent right for the man of steel, but it’s close all the same.