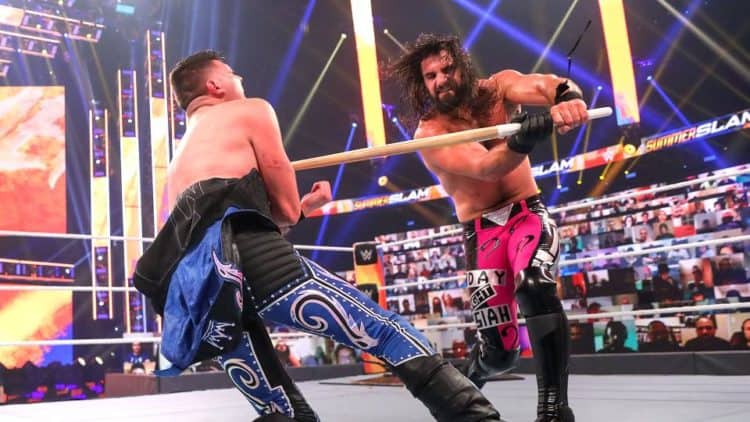 The Biggest Party Of The Summer is almost here once again as Summerslam 2021 is right around the corner, which will see Roman Reigns defend his Universal Championship against John Cena. As we head towards WWE’s second-biggest event of the year, let’s take a look back at last year’s event, Summerslam 2020 which took place in the Thunderdome with no fans in attendance. Overall, it was a really good show with plenty of championships on the line, which saw some feuds come to a head, and some brand enemies were made throughout the course of the show. But, which matches were the best? Here are the Summerslam 2020 matches ranked from worst to best. 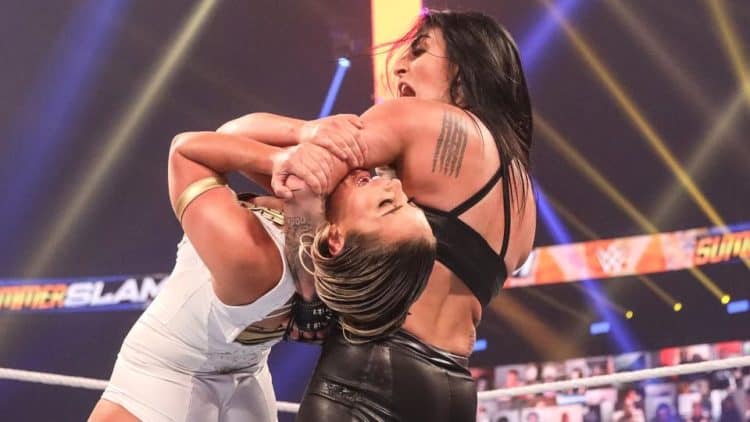 The loser of this match would be forced to leave WWE. The match itself was fairly fun and physical, with some chair and table spots throughout the match. In the end, Mandy Rose managed to get the pinfall win which resulted in Sonya Deville leaving active competition in WWE, with her taking an authoritative figure role on TV throughout 2021.

6. The Street Profits vs Andrade and Angel Garza 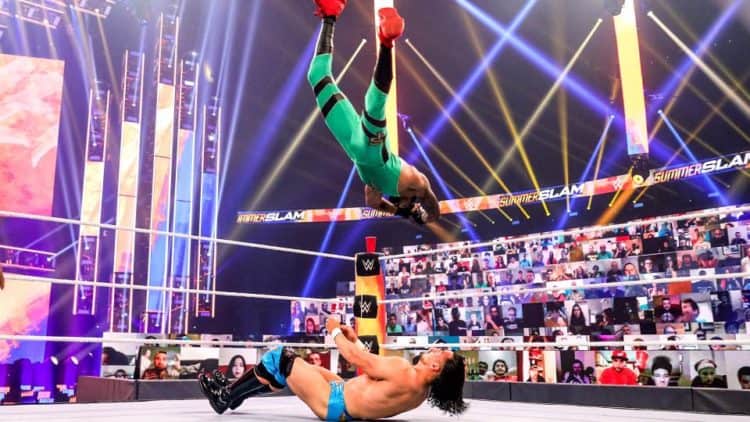 Andrade and Angel Garza challenged The Street Profits for their Raw Tag Team Championships. As expected from the competitors involved, the match had a lot of high-risk and high-flying spots in the match, resulting in one of the most matches of the card. Montez Ford performed a From The Heavens splash onto Garza to score the win and retain the titles. 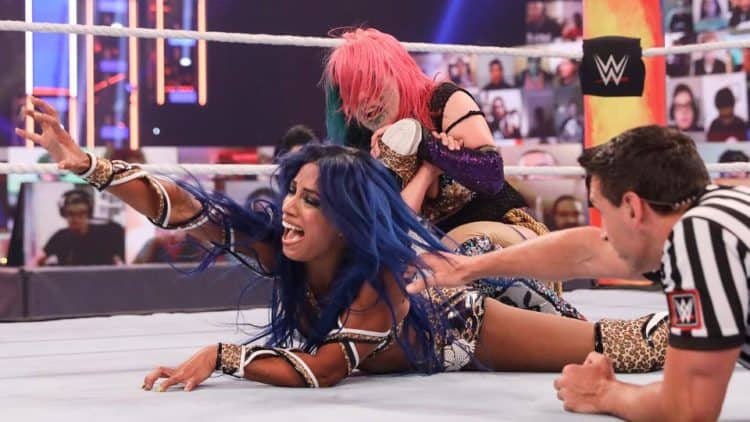 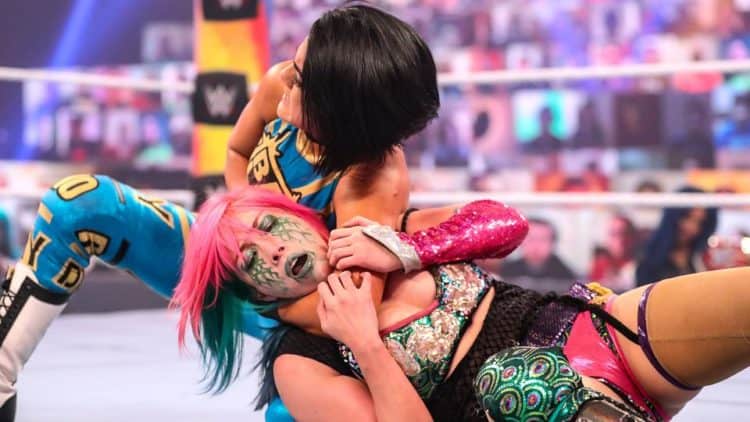 The first of Asuka’s two matches saw her take on Bayley for the Smackdown Women’s Championship. It was a really great PPV opener and the better of the two matches. Due to Bank’s interference, Bayley was able to use a roll-up to score the win and retain her Smackdown’s Women’s Championship. After the match the Boss and Hug Connection attacked Asuka to try and weaken her before her match against Sasha Banks later in the night. 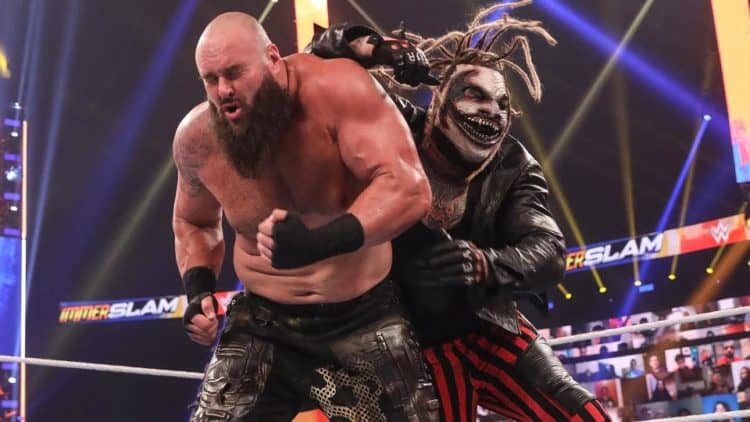 The two former Wyatt Family members faced off for the Universal Championship. This match got very physical, with both men having a very hard-hitting style. Towards the end of the match, Strowman cut the ring canvas to expose the wood underneath. Wyatt performed numerous Sister Abigail’s on the exposed wooden board to win the match. Following the end of the match, Roman Reigns appeared to take out Wyatt with a Spear, setting up a feud between the two.

Seth Rollins took on Dominik Mysterio in his first-ever WWE match and it was a fantastic match, but I guess when Rey Mysterio is your father you’re going to learn a thing or two. Both men gave it their all in this match, with Dominik performing many of his father’s trademark moves such as the 619. Things got personal when Rollins involved Angie Mysterio, the wife of Rey Mysterio, as well as handcuffing Rey to the ring ropes. Rollins hit Dominik with a Stomp to win the match. A great effort and it looks like the Mysterio legacy could be in safe hands when Rey decides to hang up his boots for good. 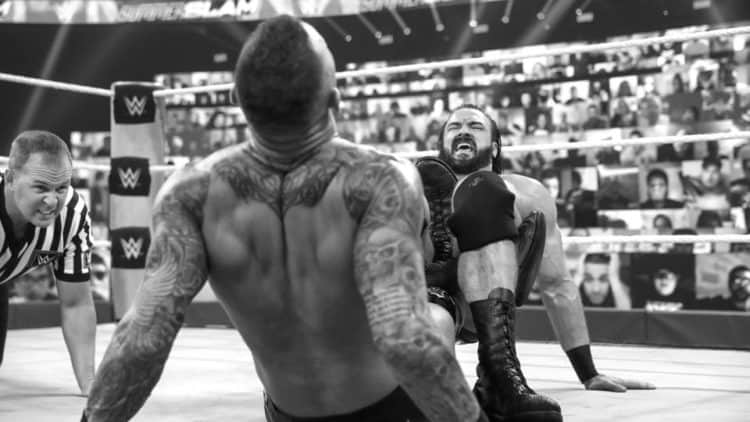 Drew McIntyre finally won the WWE Championship earlier in the year at WrestleMania, the culmination of a 13-year journey. At Summerslam, The King Of Claymore Country faced The Viper for the title. The 20-minute match was a highlight of the event, with both men being very physical throughout, with plenty of hard-hitting strikes and suplexes. Both Superstars were able to counter each other’s finishers, which is surprising due to how protected they are, but in the end, McIntyre was able to win the match retain his WWE Championship.