Home
Movies
Yes, a Joker 2 is In the Works at Warner Bros. 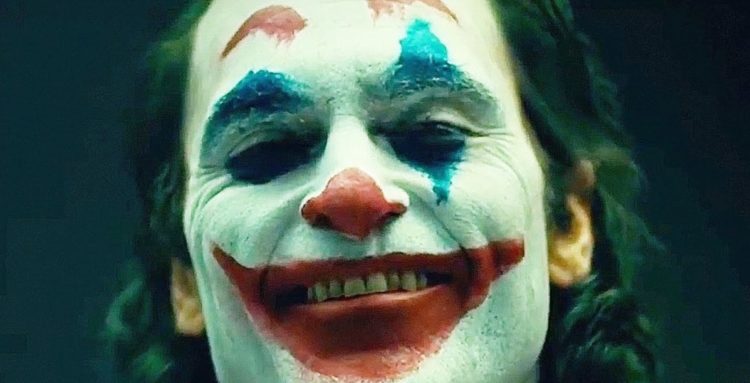 This shouldn’t be too surprising since the first movie left a huge opening at the end that could easily lead to a second movie. But the question that a lot of people are bound to ask is whether everything we saw in the first movie is going to be held up as real or if Arthur Fleck’s damaged mind is going to be our guide once again as we try to figure out what he’s going to do next. Right now it doesn’t sound as though there are a lot of details about the possibility of a second movie but it does appear that Joaquin Phoenix is willing if the script meets his approval. There’s no issue of money since apparently, it sounds as though Warner Bros. is willing to offer him just about anything if he’ll sign on the dotted line, which could be intriguing if it does happen since the first Joker was definitely an eye-opening experience that surprised a lot of people, though some are still adamant that it wasn’t quite as good as people think no matter what the box office says. The thing about this Joker is that it was different in a lot of ways from the villain that people have come to know and it’s fair to say that casting the clown prince of crime with a mental patient was a definite risk, but in terms of the box office returns it did pay off and it’s easy to think that another movie if following the same path and written with the same kind of feeling to it, might actually do pretty well. This is coming from someone that didn’t think the first one was that great of an idea, and I’m still not a convert, but seeing as how people are willing to spend money on something like this if the sequel is roughly the same and still pushes the story forward in an acceptable way then it’s simple to think that people will go for it.

One of the only ways that this movie could possibly be derailed is if Joaquin Phoenix doesn’t want to do it. There’s always the chance that the script wouldn’t be up to snuff and that he wouldn’t want to do anything that might feel would be subpar when it came to continuing the tale of Arthur Fleck. But the fact is that there are plenty of actors out there that could possibly take inspiration from this character and perhaps create their own version of the Joker, maybe taking up where Fleck would leave off if Phoenix didn’t want to come back. Or perhaps just switching out Phoenix altogether in order to keep the movie going in roughly the same direction but with a different star. There’s no doubt that some would claim that they wouldn’t be watching this movie if it didn’t have Joaquin in it, but there’s a fair bet that if someone else was brought in that could play the part perfectly that people might change their minds. The list of actors that could pull this role off is fairly long, and there are likely only a handful that would really be able to make it work, but at the very least it does feel as though Phoenix, if he is interested in this movie, still isn’t irreplaceable as some folks might want to think. But the idea of another Joker taking off after Arthur Fleck’s example would be kind of intriguing to be certain.

Right now it doesn’t sound as though this movie is a high priority as there are a lot of other projects in the DC camp that are on their way and are in need of finishing, but it does sound as though this movie is being pushed forward just enough to keep it relevant and to keep it from fading out altogether. It’s next to impossible to say when any work will begin on this movie since ideas are still being kicked around at the moment and nothing has been set in stone just yet. DC has been working on a few standalone movies at this point and while it’s definitely working in some regards the uncertainty that it brings at times with a few ideas makes it hard to think that there’s any cohesion to their stories and that it’s very possible that it might take a bit longer to put them into motion. There is at least some cohesion as some of the movies that are making their way to the big screen are going to be bringing in heroes that haven’t been seen yet or haven’t been seen that much, but Joker is one of those that appears to be set to stand completely by itself, kind of like the rest of the movies that haven’t involved more than one hero or villain. Hey, if it works.