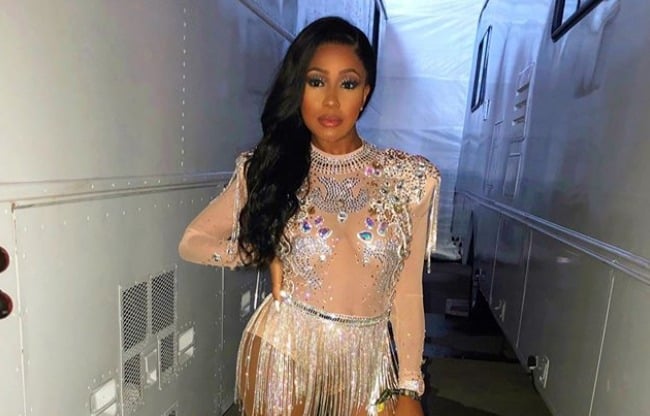 Yung Miami, is an American rapper who gained fame and recognition for her part in the girl band City Girls. She’s amassed a fortune as well as quite a following of fans who not only love the music of city girls, they also enjoy following her on social media. She’s a super star in the making from all appearances and we wanted to learn more about her. While investigating her history and career we made some interesting discoveries. Here are ten things about Yung Miami that you probably didn’t know.

1. Yung Miami has been with JT for years

The two girls who make up the duo band City Girls have been friends for a long time. They met while they were just teenagers. They have an amazing chemistry together and this comes, in part, by their close relationship. When they’re recording or performing on stage together there is something magical that happens and it’s part of the reason why the two draw such huge crowds of fans.

Yung Miami is the catchy stage name that the popular young rapper assumed for her professional persona. She was actually born Caresha Romeka Brownlee on Febraury 11th of 1994. She was born in Miami, Florida and grew up in Opa-locka. She attended school in Miami Gardens, Florida and this is where she met JT. The two were introduced to one another through mutual friends.

3. Her partner was arrested and is doing time in jail

Here is a fact that not all of Yung Miami’s fans are aware of. Her partner in City Girls was found guilty of credit card fraud in 2002. JT was looking at a ten year sentence. Instead of facing the full consequences, she accepted a plea deal that was offered by the prosecuting attorney and instead of the decade in prison, she was handed down a lesser sentence of just 24 months. This put both of their careers as a duo on hold until JT is released, but the two will resume their successful rap group and we’re sure that they’ll once again be going strong.

4. Her mother is in prison

Yung Miami has not had an easy life. She grew up in a rough neighborhood and she’s had a lot of heartbreak to endure. It was really difficult when her partner JT was sentenced to prison, and the two had to put their career goals on hold, but this wasn’t the worst of it. Her mother, Keenya Young, was convicted of a crime in 2009. The charges were serious as Young was shoplifting and then drove away in a car that ended up crashing into another car, causing the 40 year old in the other vehicle’s death.

5. She has a protection order against her ex

Caresha Brownlee petitioned the court for a temporary restraining order to protect her from her ex boyfriend Jai Wiggins. In 2015, she called it quits on the relationship, alleging that Jai had physically abused her, as well as stalking and harassment. The protection order was violated when Yung Miami was pulled from a car and punched in the face several times. The courts extended the protection order for a long term banning him from coming within 500 yards of the rapper.

6. She doesn’t want her son to be gay

We recently discovered that Yung Miami has declared that she does not want her son to be gay. She further stated that she would beat him if he was. After receiving backlast about the statement that came across as being homophobic, she did write somewhat of a detraction. She explained that she wasn’t speaking out against gay people, but was just saying that she didn’t want her son to be gay, but she didn’t really explain her position clearly beyond that.

7. She’s facing another big change in her life

For those of you who have not been following Yung Miami on social media, or keeping up with the gossip columns, her life is about to forever change, once again. We discovered that the rapper is expecting a new baby. She will bring her second child into the world as the new baby will join her and her son in their growing family.

8. Hazel E accused her of stealing a beat

Hazel E claimed that she has a beef with the City Girls because she believes that one of their songs is a rip off of her song “Girl code.” She even played a few notes of the song and compared i with the City Girls’ “Act Up” to prove her point. Yung Miami has refuted this claim denying that there is any truth to the accusations.

9. There are speculations about the father of her child

It hasn’t been long since Yung Miami made the announcement that she is expecting her second child, but she hasn’t yet confirmed just who the father is. She’s currently in a relationship with 808 Mafia hitmaker Southside. It was reported that she tagged him about the pregnancy in a post on Instagram. Although she’s made no confirmation one way or another yet, it’s assumed he’s the baby’s dad.

We were interested in knowing how well the music industry has been treating Yung Miami. We did a bit of research and were happy to learn that she is on her way to making a fortune. Although she hasn’t yet joined the millionaire’s club, she’s half of the way there. Her estimated net worth as of January of 2019, is at $500,000. This is just the beginning for her. When her partner JT is released from prison the two will still have an amazing career to look forward to and that time is soon approaching.