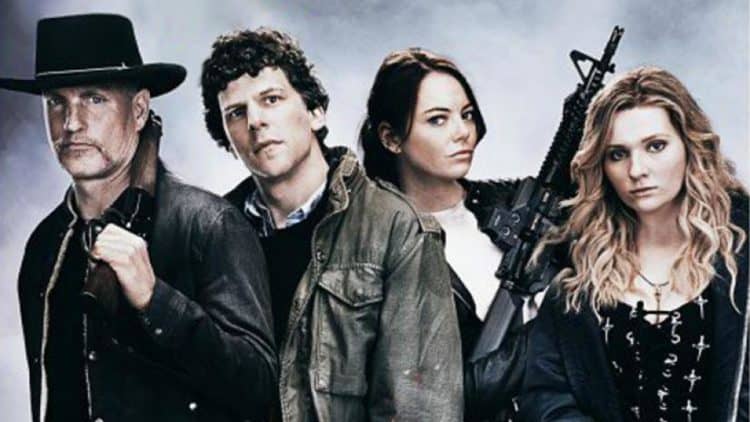 Honest Trailers has been around a while now, and we’ve always enjoyed these raucous thrilling overly-honest parodies. From the first time we ever saw an Honest Trailer, back in 2012, we’ve been laughing. Watching the “Epic Voice Guy” tear into the plot and bring all the flaws in Phantom Menace 3DÂ  to light. We love Star Wars, but HT wasn’t wrong about all the sitting around and depression. Since then, they’ve torn a new one for over three hundred fantastic flicks. Most recently, Zombieland got the Honest Trailer treatment. As cheesy as it was, it’s no surprise they took this one on right before the sequel drops.

There Is No Honest Trailer Without John Bailey

As brilliant as the concept of Honest Trailers is, it would never have gotten off the ground without two things. The first is an eye for flaws and a sense of humor, plus more than a little hard work. We’ll get back to that in a moment. The second is John Bailey, the voice behind every Honest Trailer. Okay, almost every Honest Trailer, there were a couple of voices before he was hired.

Both Ptolemy Slocum and Gannon Nickell took a shot at being Epic Voice Guy. Ptolemy only voiced the Phantom Menace video before creator Andy Signore decided he wasn’t quite the right fit. Gannon lasted a little longer voicing a dozen or so videos before John Bailey replaced him. Nickell might have lasted longer as the voice of HT, but he was called away by his duty in the military.

Initially, when Andy went in search of a new voice for his creation, he expected that it would be incredibly challenging to find someone who’d worked as a voice actor doing movie promos. Then he found John Bailey. If ‘that voice’ sounds familiar, it’s because John really was the epic voice promo guy for numerous movies, DVDs, and TV shows. You’ve almost certainly heard him before, especially if you’re a fan of popular shows like Breaking Bad and Community. John was the voice Andy Signore was searching for, and as fate had it, he was available.

Making the Epic Voice Guy stereotype work for Honest Trailers wasn’t quite as easy as merely finding the right man for the job. John is a versatile actor who does so many variations of the voice for HT that people have often been convinced that the actor has changed. He doesn’t use the same tone and mannerism for a film like The Lion King as he would for Batman. Regardless of which voice he may intone, a considerable part of what makes any Honest Trailer fun to watch is John Bailey.

Andy Signore, Spencer Gilbert, and the rest of the team at HT may not have thought they’d ever end up making fun of movies for a living, but they do share the knack. For one thing, everyone who ends up in the writers’ room loves movies with a truly nerd-level passion. They don’t magically make an episode happen on the first draft. A whole lot of work goes into making each trailer work.Â  First, they watch the movies at least a few times and then begin the long and sometimes arduous process of creating a brilliant parody piece. Fans get to pick which movies they do trailers for. That means they don’t handpick which films they think would be easy to pull apart. Instead, they have to start fresh each time. Moreover, if the writers love a movie, they don’t just snark for the sake of being catty, but rather find a way to say so. It takes about a week to put together a full trailer. Between film cuts, voice-overs, and a serious commitment to being genuinely honest, at least from their perspective, it’s hard work. Part of what makes the brand so popular that millions of viewers ‘tune in’ weekly is the realistic perspective. Despite the overdramatic wordplay, HT means what they say about the films the fans choose for them.

There’s so much to love and hate in this movie. It was almost inevitable that Honest Trailers would end up doing a parody of it. Zombieland is a parody already. Everything scary about zombie movies, all the social commentary, horror, and sorrow, then what you have left is this movie. Though Honest Trailers pokes fun at it for being the “‘Murican version of Sean of the Dead,” it’s one of our favorite not-so-scary Halloween season films. After all, it’s hard to say no to any movie with Woody Harelson in it. When you add Bill Murray to sweeten the pot, there’s no good reason to say no regardless of what the film is about. Strangely enough, Bill Murray wasn’t the first choice for Zombieland. Originally the intention was to have Patrick Swayze play himself in the film. Unfortunately, because Zombieland was a 2009 film, Patrick was unable to film due to his battle with pancreatic cancer. He passed away in 2009.

When considering replacements, Bill was just one of a list of actors they considered for the part. Other choices included notables like Mark Hamill, Dwayne “The Rock” Johnson, Sylvester Stallone, and Kevin Bacon. While any one of the alternatives would have been outstanding, we’re glad they went with Bill Murray. He made a hilarious non-zombie. Before it was a film, however, Zombieland was meant to be a series. We’d watch a Zombieland series anytime. Perhaps stranger than the fact that Bill Murray was an afterthought and the fact that he improvised most of his lines are the incredible requests Woody Harrelson made. He demanded the director eat no dairy for a week. Among other things, Woody also insisted on an environmentally friendly set. We can admire anyone who cares about the environment enough to put it in their rider. Surprisingly, those last two tidbits were passed over, and the Honest Trailer doesn’t mention them.

As unlikely as it is, if you haven’t seen Zombieland yet, then enjoy the Honest Trailer. Afterward, make sure you catch the film before you head out to see the sequel. You’ll be glad you did. Don’t worry about the spoilers. Knowing the majority of the drama is driven by Woody’s search for a twinkie doesn’t make it any less enjoyable. Let us know what you think of Zombieland in the comments section. Or you can tell us what you want to see Honest Trailers cover that isn’t already on their massive 317 film list of episodes.